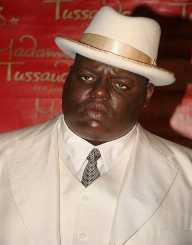 The Notorious B. I. G. Biography, Life, Interesting Facts

Rapper The Notorious B. I.G. was born in Brooklyn, New York. Wallace’s mother Voletta moved to New York from Jamaica in 1959. After her child’s biological father, George Latore, deserted them, Voletta worked at two jobs to raise her son.

The Notorious B. I.G. began his rapper career as a teenager as Biggie Smalls. After Mister Cee, Big Daddy Kane’s DJ heard his rapping; he promoted his demo. Wallace appeared in The Source’s Unsigned Hype column in early 1992. Then Sean Combs heard the demo and signed Wallace to Uptown Records.

His first solo single Party & Bullshirt (1993) was featured on Uptown’s soundtrack for Who’s the Man. He soon became a central figure in hip-hop and pop music during the 1990s.

The Notorious B. I.G. left Uptown Records was one of the original artists when Sean Combs founded Bad Boy Records in 1993. It was around this time that Wallace adopted the handle The Notorious BIG. In 1994 he featured on Craig Mack’s 1994 Flavor In Ya Ear, and this won him recognition as a hip-hop artist. He also released his Album Ready to Die in 1994 and his debut single Juicy.

He had a major hit with his second Ready To Die single, Big Poppa, which reached number nine on Billboard’s Hot 100. His next single One More Chance hit number two, and he was established as a major artist as Bad Boy Records dominated the R&B and hip-hop music scene.

Until the time of his death in 1997 Wallace success continued. He also formed a group Junior M.A.F.I.A. with friends, and they had two hits and an album which went gold in 1995.

Wallace recorded his second album in 1996 which featured the hit single Hypnotize. Hypnotize hit number one shortly after Wallace’s death and his second album, Life After Death, went diamond in 2000, having sold over ten million copies.

Hits include Hypnotize, Mo Money Mo Problems, Suicidal Thoughts, Ten Crack Commandments, I Got A Story to Tell and Gimme The Loot.

His album Ready to Die is ranked number 133 on Rolling Stone Magazine’s Greatest Album of all time list.

The Notorious B. I.G. was married to singer Faith Evans from 1994 until 1997. The couple had two children: Tyanna and Christopher Jr.

Wallace’s murder remains unsolved and controversial. His family filed a wrongful death lawsuit against the City of Los Angeles in 2006 and refiled some times before the case was dismissed in 2010.

Journalist Cathy Scott published a book in 2000 about The Notorious B. I.G. murder.