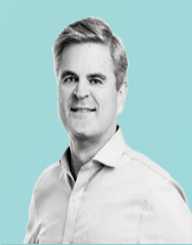 Steve Case is a successful American Businessman born in 1958. His entrepreneur skills were nurtured from a young age. When he was six, he sold juice together with his brother. Bill von Meister, a famous investor, was a great influence on his career. By then Steve was working on a part-time basis at Control Vido Corporation. This was a company owned by Bill von with investors like Frank Caufield.

Frank Caufield recognized the potential Steve had and employed him permanently. This gave him a great opportunity to explore his marketing skills and business knowledge. He is remembered for innovating social media has served as head of Quantum Computer Services.

Steve Case was born on August 21st, 1958. His birthplace was in Honolulu, Hawaii in the United States. He was the third child of Daniel Hebard and Carol. He has three siblings Carin, Dan, and Jeff. He started a juice center when he was six with the help of his brother. The two later founded another company namely Case Enterprises. His brother Dan succumbed to brain cancer in 2002 when he was 44 years old.

Steve Case started his education at Punahou School. He later enrolled in Williams College in Massachusetts and studied political science. In 1980 he attained his degree.

Steve’s first job just after graduation was as a brands manager assistant. This was in Procter & Gamble Company located in Cincinnati in Ohio. Two years later he left the company to be the manager at Pizza Hut Inc located in a town in Kansas. Steve Case worked for one year upon which he joined Control Video Corporation as a part-time marketing consultant. The company was owned by Bill von who knew each other with his brother Dan. He was later employed permanently in the marketing department when the investor Frank Caufield took over.

In 1985 Steve Case assumed the role of vice president in Quantum Computer Services. Jim Kimsey, a renowned entrepreneur, was the founder of the firm. He later became CEO of the company. His new strategies as CEO led to the foundation of Quantum Link service also known as Q-link. This was for Commodore 64 single computer model. Three years down the line he also helped establish AppleLink, a facility that is used by PC-Link and Apple devices. He renamed the company in 1991 to America Online-AOL. That was after the many developments in computers. In no time the services provided by AOL became quite famous. This led to a rise in its users to over millions.

In 2001 AOL merged with the company Time Warner to form a unit for entertainment, media as well as communication. Steve Case stepped down as chairman of the company after a few controversies about the company. He went ahead to co-found another company namely Revolution LLC in 2005. This was along with Tige Savage and Donn Davis. In 2013 he established another company the Revolution Ventures fund.

Steve Case was the 2011 Citizen Regent winner for Smithsonian Institution. In the same year, he was also awarded Citizens of the Year together with his wife. This was by National Conference on Citizenship.

In 1985 Steve Case wedded Joanne Barker. The two met when Steve Case was undertaking his classes at Williams College. Together they had three children but divorced in 1996. He then married his current wife Jean Villanueva in 1998.