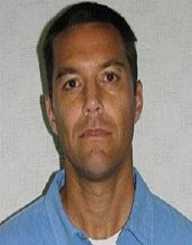 Scott Peterson was an American citizen convicted for a first and second-degree murder for taking the lives of his wife and his unborn son. The jury passed a death sentence on Peterson by use of a lethal injection.

Scott Peterson was born on 24th October 1972 San Diego, California. His father was a businessman and mother ran a boutique. His parents had six children from their previous relationships; Peterson was the only child they had sired together. His father stayed in a two bedroomed house in La Jolla.

At an early age, he played golf with his father. His love for the game grew, and by the age of 14, he could beat his father in the game.

Scott Peterson was a student in University of San Diego High school where he was recognized in the school for his golfing skills. Through a partial golf scholarship, Peterson got an admission to join Arizona State University. He later dropped out of the university after he was kicked off the university golf team due to indecent behavior.

He joined Cuesta College in California before joining California Polytechnic State University.  One of his lecturers described him as a model student. After a few years of marriage, he went back to finish senior year in the University. He later graduated with a degree in Agricultural Business in 1998.

After college Scott Peterson put aside his dreams of becoming a professional golfer to concentrate on business. He worked in a restaurant, Pacific Café. He met his wife Laci while working in the restaurant. After Laci graduated from the University in 1997, she married Peterson, and the two moved in together. It is claimed that Peterson had several extramarital affairs outside marriage.

The couple later opened a sports bar. After making quite a fortune from the business, they sold it and used the money to purchase a home on Covena Avenue. Peterson found a job as a Tradecorp and Luci worked as a part-time teacher. The couple enjoyed a good relationship until Peterson met Amber Frey, a therapist.

On the eve of charismas in 2002, Scott Peterson reported his wife who was seven and half months pregnant missing. In his report, Peterson stated that he went fishing with his new boat only to return and find his wife missing. The case attracted the attention of the public, and immediately detectives started their investigation.

Scott Peterson's wife's remains were found on 13th April 2003 in Isabel region, the point Peterson claimed to have been fishing the day of Laci's disappearance. After an intense investigation, all evidence pointed to Peterson as the killer of his wife and its fetus. A warrant of arrest was immediately placed on him.

He was put into custody on 18th April 2003. He was arraigned in court four days later and charged with two counts of murder where he pleaded not guilty. The prosecutors of the case presented that Peterson's motive for the killing was financial constraints and an extramarital affair he had with Frey.

On 12th September 2004, the jury found the evidence presented against Scott Peterson sufficient to tie him to his wife’s death. He was sentenced to death by lethal injection.

He was ordered to pay $10,000, an amount that was expected to carter for Laci's funeral.