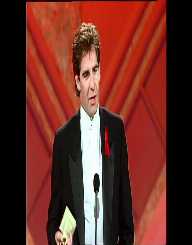 Scott Bakula an award-winning singer, actor, and director from the United States of America. Born on October 9, 1954, he is known for his roles in the sci-fi television series Quantum Leap as Sam and Satar Trek: Enterprise as Captain Jonathan Archer. With a Broadway debut in Marilyn: An American Fable, 1976, Bakulahasnever looked back playing several roles in films and television productions. His works include My Sister Sam, Men of Certain Age, Sibling Rival, My Family, Life as a House, Me and Her, Looking, and NCIS: New Orleans among others.

Scott Bakula was born to Sally (née Zumwinkel) and J. Stewart Bakula on October 9, 1954, in St. Louis, Missouri. His father was a lawyer. He is the eldest of three children by his parents. Growing up he developed a great interest in performing acts and appeared in church productions. Acting from his love for acting, he was also a sportsman and played soccer, baseball and tennis while in school.

Scott Bakula received education at Kirkwood High school, where he was part of the swimming team. He continued at Jefferson College and later at the University of Kansas to study business law. With his strong passion for acting, he later dropped out of school to go on a Godspell tour. He later left for New York in 1976 to pursue an acting career.

Moving to New York City in 1976, he played several off-Broadway roles in several productions. In 1983, Scott Bakula made a Broadway debut in Marilyn: An American Fable, playing the role of baseball legend Joe DiMaggio. This was followed by the highly successful off-Broadway production Three Guys from the Waist Down. He gained attention from his performance, and that earned him his next role in the musical Nightclub Confidential co-starring his first wife actress Krista Neumann. He also starred in Gung Ho and Romance/Romance before his biggest break in series Quantum Leap.

Scott Bakula played the role of time traveler Dr. Sam Beckett in the science fiction series Quantum Leap shown on NBC from 1989 to 1993. Bakula’s character Dr. Sam was a physicist who was planning a secret project called Quantum Leap. With the pressure of showing results of his project or lose funding, Scott Bakula accidentally stepped into his traveling machine and disappeared. Being trapped in the past and found himself leaping from one life to the other.

He ends up correcting historical errors made in the past. The role earned him a Golden Globe Award as well as four Emmy Award for Best Actor nominations. Scott Bakula also won five consecutive Viewers forQuality Television Awards for Best Actor in a Quality Drama Series. After Quantum Leap he did several other workings including voicing Danny Cat in the animation film Cats Don’t Dance in 1997. He has appeared on the cover of Playgirl in 1995. His other roles include Major League: Back to the Minors, 1998 and American Beauty, 1999.

Scott Bakula earned another big role as Captain Jonathan Archer in Star Trek: Enterprise, which he would reprise in Star Trek: Legacy PC in 2006.

Scott Bakula made a professional theatrical debut in the musical Shenandoah at Ford’s Theatre in 2006. He played the role of an FBI agent, Brain Shepard in the dark comedy film The Informant, 2009 and had a recurring role as Stephen J, Bartowski in the television series Chuck. Along with Ray Romano and Andre Braugher, he appeared in Men of Certain Age as Nathan Detroit. Others include Terrible Advice, 2011, Desperate Housewives, 2012, Two and a Half Men, 2013, Looking and NCIS: New Orleans.

Scott Bakula married twice first to Krista Neumann in 1981. The couple had two children namely Chelsy and Cody. After 14 years of marriage, they divorced in 1995. In 2009 he married his second wife, actress Chelsea Field. They have two children, Wil Botfield and Owen Barrett.