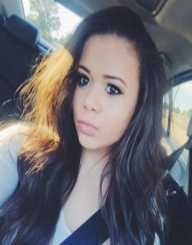 Sarai Jones was born in Seattle, Washington on the 9 December 1997. Her parents are Paul and Nicole Jones.

Sarai Jones started vlogging at the age of twelve. In 2009, she posted a video entitled Straight Hair With No Heat which went viral, receiving over nine million views. She uses the handle Krazyrayray for her channel.

Sarai Jones posted her first video to YouTube on July 9, 2009, and in late 2010, she started posting regularly. She has worked with the web series network AwesomenessTV. She has more than 2.7 million YouTube subscribers and sometimes works with makeup artist Amanda Steele.

Her most recent vlog was showed nine iPhone life hacks, and she announced that she now has an app available for download.

Sarai Jones was in a relationship with Jaeger Scheppe, but they have since separated.

@Krazyrayray is her Twitter handle, and she has over 425K subscribers.