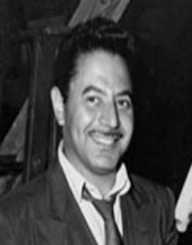 Sam Shaw is a multi-talented artist who has delved into the art and film industry that spanned for a period of six decades. He is more famous as a photographer but also worked as a producer and designer among other things. He died from suffering a stroke on April 5, 1999, in Westwood, New Jersey.

Shaw married a woman named Anne and together, the couple has three children together namely Larry, Meta, and Eddie. Upon his death, his immediate family preserved his works across the globe, most of them the films and photos he took and had them exhibited to promote Shaw's legacy.

Sam Shaw was born to Russian immigrant parents on January 15, 1912, in the Lower East Side of New York City. As a child, he was always drawn to the arts and loved drawing and painting. He even made sculptures out of street tar to showcase his artistic abilities.

The Legacy Of Shaw

Upon graduating high school, Shaw pursued his interests with the arts and delved deeper into photography. For a time, he shared his studio workspace with Romare Bearden, a famed African American artist at the time. With Bearden, he developed and collaborated with the artist on multiple occasions even after they've separated.

Starting in the early 1940s, he started working as a cartoonist at the Brooklyn Eagle while also serving as the art director for the publication. He took a turn for journalism serving as a photojournalist and reporter for Collier magazine. While also at Collier, he was put on assignment to document the everyday American life during the mid-twentieth century that exemplified the candidness of the Americans in their respective areas. These photographs came to be known as his "Americana" collection which comprised of burlesque dancers, coal miners, musicians, and civil rights activists to name a few.

At the dawn of the 1950s, he focused on still photography while in the film industry. He was responsible for the iconic photos of one of Hollywood's biggest stars such as Marilyn Monroe's flying skirt shot by the subway and Marlon Brando's that symbolized A Streetcar Named Desire. Among others, he has also photographed Patti Smith, Alfred Hitchcock, Audrey Hepburn. Elizabeth Taylor, Frank Sinatra, Charlie Chaplin, Woody Allen, and Fred Astaire to name a few.

Shaw started working on films at the start of the 60s with his first work entitled Paris Blues which was released in 1961. The film's score was written by Duke Ellington, one of his good friends he made at the industry. Prior to releasing Paris Blues, he made friends with John Cassavetes, a veteran actor-director which was dubbed as the father of American independent cinema. He worked alongside Cassavetes not only as his producer but as his close adviser as well of which the Cassavetes described Shaw as a "Renaissance Man".

Despite being involved in the production in the film industry, he always came back to his true passion, which is photography. Shaw's photography archive contained a multitude of artists and still-life photos, as well as exhibiting the candidness of each shot to showcase the moment it was captured in its raw form.