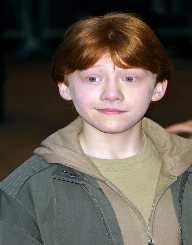 Rupert Grint was born on August 24th, 1988. Growing up during his youth years, he was a devoted fan of Harry Potter novels written by J. K. Rowling. His passion for the series made him shoot a video audition for the first series of the film. During this time, he was only ten years old. Fortunately, Grint landed on one of the lead roles as Ronald Weasley. Other films that he has also featured in include Driving Lessons, Thunderpants, Cherrybomb, Wild Target and several others.

Born on August 24th, 1988, Rupert Grint rose to stardom by playing the role of Ronald Weasley in the hit movie series the Harry Potter film series. His birthplace was in Harlow, Essex in England. He was the first born son of Nigel Grint and Joanne Grint. His father primarily dealt in trading racing memorabilia. On the other hand, his mother was a homemaker. Right from the beginning, Grint did not know of his fate to be a famed actor. He dreamed of one day running an ice cream business. He went to Richard Hale School.

Before being cast as Ronald Weasley, Grint had never taken a professional career in acting before. In 2000, the film adaptation for J. K. Rowling’s work had been initiated with auditions in place. Hearing about these auditions, Grint took up the chance of taking a video of himself explaining why he should play in the movie. In August the same year, Grint and other co-stars were fortunate enough to be selected for the roles required in the film. Emma Watson and Daniel Radcliffe were among those chosen to play lead roles alongside Grint who was 11 years old at this time.

The following year, in 2001, Harry Potter and the Philosopher's Stone was out. This marked the first film role for Rupert Grint. The film was a major hit, and it broke records during the first day sales for its opening. The film went to be ranked as the highest grossing film in 2001. For Grint, he earned himself Satellite Award and a Young Artist Award for his promising acting talent. Together with his co-stars, they had become young stars in the film industry.

Rupert Grint was rumored to be dating Georgia Groome, an actress, since 2011.