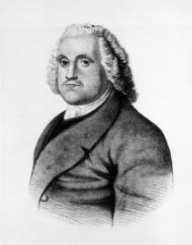 Roger William was a Puritan minister, author, and theologian. Also, he was the founder of the Colony of Rhode Island and the Providence Plantations. Rodger was born in 1603 in London. During this period in history, many people did not believe in religious separations. He was in school in England then later went to Massachusetts Bay Colony as a missionary. Roger was one young man that always had those views that made people uncomfortable. He spoke widely o the confiscation of land and religious freedom that saw him banished from the Colony.

Then he went to Narragansett Bay where he bought land and settled down. That was later to be his colony. In his territory, Roger did not recognize the enforcement of religious York on the people. They were all free to worship however and whichever god they saw fit. In his life stood firmly for freedom of religious rights. That is, one should have the freedom to pray in their way. This was inclusive of the separation of the church and state. He also wanted the crown to recognize proper and fair dealings with the American Natives. All in all, he was one of the first abolitionists in America.

Rogers life was born in London in the year 1603. However, the exact month of his birth is unknown. Although, many believe that Roger was born in the first month of 1603. He was born to a merchant in London. His father was well off due to his booming business. The mother went by the name Alice and was a robust Anglican believer. During his younger days, he has exposed to the horrible acts of King James I. The king was a persecutor of Puritans. This was one of the significant factors that heavily weighed on convictions in his later life.

In his teens, Roger met Sir Edward Coke who was an immaculate English lawyer. Through the aid of Coke, Roger found himself amongst the exceptional learner of the fine institution Charter School in London. Roger had a niche for languages at a young age, and he was not shy to flaunt them. His talent for languages propped him for a chance at Pembroke College in Cambridge.

Amongst the words that Roger knew were Hebrew, French, Greek, and Latin. In 1627, Roger graduated from Pembroke College. He then took vows of the Holy Church of England. Due to Rogers controversial lifestyle, he took up Puritanism just before he left school. Thereby, he separated himself away from the Church of England.

The Switch to a New Faith

Just after the move from Cambridge, Rogers took up work as a chaplain to one Sir William Masham. Through this connection, he got to meet with a few puritan individuals like Oliver Cromwell. Therefore, he got to learn more about the new faith. So, he saw the corruption that was eating away at the Church of England. Thus, Roger chose to go with the new hope of being a Separatist. The belief of Rogers at the time was that there was no true religion. Moreover, the faithful will get to know the true faith after the second coming of Christ himself.

The Move to the New World: America

One year after the switch, Roger also made a new change that saw him move to America. There he would try out his new faith. Upon his arrival in America, Rogers knew that he was going to be a missionary to the Natives. He took his language skills to task and learned the local languages fast. In a short while, he had learned their cultures, religions plus the speeches and was in sync with the local population. The familiarity that Rogers had with the local community took effect.

Therefore, posing question like the legality of selling land. Moreover, why did one need the permission of the crown to buy local land? In his reasoning, Roger was in preference of buying property directly from the locals and at a fair price as well. The beliefs of Rogers started to annoy the local officials that then saw to his banishment. William was for the idea that no government had any influence on the choice of the one of worship.

Rogers And Later Problems in life

In the year 1635, most of the people had had enough of Rogers interference. Therefore, the local magistrates saw to his banishment from the colony. So, he chose to leave for the Narragansett Bay. There he got friendly with the Natives. They allowed him to buy land and settle amongst them. He started his colony and gave it the name Providence. The place then became a haven for religious rejects.

Some of the people that lived in the neighboring territory Massachusetts did like the idea of Rodgers living so close. So, at some point, they were planning to invade Providence. However, he went to England and got a charter in time to legalize his colony. Sometime in the year 1670s, his relationship with the locals became quite foul.

The December of the year 1629 saw to the union of Roger Williams and Mary Bernard. The union would bare six children.

The Death Of Rogers William

The death of Rogers William came in the year 1683 in the initial months. Many of the locals did not realize the Rogers had passed on till later after his burial. He was buried somewhere on his farm. Many failed attempts have been put into place to find his body but to no avail. He is remembered as the first abolitionist due to his endless war on religious York by the government.