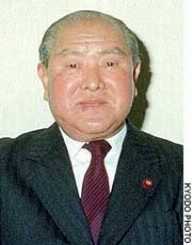 After completing his elementary schooling in Yamada, Zenko Suzuki studied at the Iwate Prefectural Marine Industry School in Miyako. Suzuki was a gifted student and graduated among the top of his class. After graduating, he attended the Imperial Fisheries Institute (1935).

Zenko Suzuki then began working for the Greater Japan Fishery Association where he was involved in the improving and modernising the fishing industry in his country.

Zenko Suzuki stood as a  candidate in April 1947 elections and won a seat in the House of Representatives. Suzuki then joined the Liberal Party in 1948 and was involved when the party merged with the Liberal Democratic Party (1955). He became the Japanese Minister of Posts and Communications in 1960, the Chief Cabinet Secretary, in 1964 the Minister of Health and 1976, Minister of Agriculture and Forestry.

In 1980, Zenko Suzuki became the 44th Prime Minister of Japan (July 1980. He made an official visit to the Philippines in 1981, and the Human Resources Development Center in the Philippines was founded with Japanese aid. In 1981, he met the newly elected US President Ronald Reagon to discuss the Japan-US security alliance.

An issue during his time was the perception of whitewashing of Japan’s role in World WarII in Japanese history textbooks, and tension with China over the matter. Suzuki did not stand for re-election in 1982. Suzuki served 13 times in parliament as well as ten terms as chairman of the LDP executive council.