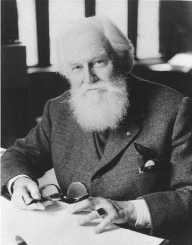 Robertson Davies was born on August 18, 1913, in Thamesville, Ontario, Canada. His parents were Florence Sheppard McKay and William Rupert Davies.

When it came to his post-secondary education, Robertson Davies first attended Upper Canada College in 1926. He stayed here until 1932. He later attended Queen’s University. While here, he wrote for the school’s newspaper, The Queen’s Journal. After this, he moved to England, where he continued his studies at Balliol College. He officially graduated in 1938. The next year, he published his thesis, Shakespeare’s Boy Actors.

From 1939 to 1940, Robertson Davies stayed in England, where he worked as an actor, taking on bit parts in plays.

In 1940, Robertson Davies left England and returned to Canada. Once back, he began to work as the editor of Saturday Night. In 1942, he left this post to become the editor of the Peterborough Examiner instead. In the same year, he published another thesis titled Shakespeare for Young Players: A Junior Course.

In 1947, Robertson Davies published an essay, which was fictional this time titled The Diary of Samuel Marchbanks. It read more like a short story than an essay, though. For the rest of the 1940’s and into the early part of 1950, Davies began writing plays. Some of these plays included Hope Deferred and The Voice of the People.

In 1951, Robertson Davies explored a new method of writing, the novel. In this year he published Tempest-Tost, which would become the first book of The Salterton Trilogy. He continued writing this series for the new few years.

In 1952, he went back to writing plays. He continued to do this for the next four years. Some of his plays from this period include Hunting Stuart and A Jig for the Gypsy.

In 1960, he published a collection of essays, which in all was titled A Voice from the Attic. Later on, in the same decade, he began teaching at Trinity College at the University of Toronto. Here, he taught literature. A short time later, he worked as a Master of Massey College. One of his most successful works of this decade was a non-fiction book titled Fifth Business. In the 1970’s, Robertson Davies returned to writing plays, essays, and another thesis. In the same decade, he retired from his teaching position.

The 1980’s was arguably Davies’s most productive decade as a writer. He wrote a play, Brothers in the Black Art, and a couple books in his The Cornish Trilogy.

In 1991, he began yet another trilogy, which was never given a name as it was not completed. He wrote the first two books in the trilogy, Murther and Walking Spirits and The Cunning Man. However, he passed away before he could finish the third installment of the trilogy.

Some of Davies’s other famous works are listed below.

All of Davis’s awards and accomplishments are for his writing. His most prestigious awards are listed below.

Robertson Davies is also an Honorary Doctor of Letters from the University of Oxford and an honorary member of the American Academy and Institute of Arts and Letters.

Robertson Davies married Brenda Matthews in 1940. Together, the couple had three children: Jennifer, Miranda, and Rosamond. The marriage ended with Davies’s death.

Robertson Davies died on December 2, 1995, in Orangeville, Ontario, Canada. He was 82 years old when he passed away.