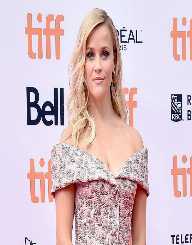 Laura Jeanne Reese Witherspoon was born on March 22, 1976, in New Orleans, Louisiana. Her mother was a nurse, who later became a Ph.D. in pediatric nursing. Her father was a military surgeon, specializing in ENT surgery.

Laura spent the first four years of her life in Wiesbaden, Germany, where her father was stationed. After his service, the family with two kids moved back to the United States and settled in Nashville, Tennessee.

She attended the Harpeth Hall High School in Nashville. She was an excellent student and received high grades. After high school, she decided to participate in Stanford University and major in English literature. She attended the university for one year.

Reese Witherspoon began modeling when she was seven years old. She appeared in several TV commercials, and when she was 11, she won a Ten-State Talent Fair. Her first significant acting role was in 1990s movie - Summer in Louisiana. Her acting earned her excellent reviews and Witherspoon was offered positions in more significant projects shortly after.

After finishing a year at Stanford University, Reese Witherspoon put her plans to study on hold and accepted the roles in movies Freeway and thriller Fear. Although these projects did not earn enormous box-office, Witherspoon was established as one of the brightest rising talents in Hollywood.

In 1998, Reese Witherspoon starred in favorite movies Pleasantville and Election. Her big break came in 1999 when she starred in the teen hit movie Cruel Intentions. The film was a major hit with young audiences.

In 2001, Witherspoon starred in Legally Blonde as Elle Woods. The movie was a major box-office smash and put Witherspoon on top female actress lists in Hollywood. Next year, she acted in her next hit movie - Sweet Home Alabama.

In 2003, Reese Witherspoon once again played Elle Woods in Legally Blonde 2. Although it was not so praised by the critics, Witherspoon’s act was positively acclaimed. She earned $15 million for the part. Since then she became a Hollywood A-lister, making around $20 million per movie. At the time she was also the top paid actress.

Witherspoon mostly starred in romantic comedies, such as Just like Heaven. In 2014 she was chosen to portray June Carter Cash - the second wife of singer Johnny Cash in the movie Walk the Line. In the film, Witherspoon had to perform her vocals, which had to be played in front of live audiences.

She had to take singing lessons for half a year to prepare for the role. Witherspoon even wanted to terminate her contract, because she was too worried. In the end, this project won her a Golden Globe, Screen Actors Guild, BAFTA, and Academy Award for Best Actress.

In the following years, Witherspoon’s career was not going so well, due to her struggles. She participated in several projects, which were moderately successful. Her most significant roles at the time were Like Water For Elephants and Four Christmases.

Back On The Top

In 2011, Reese Witherspoon started to take a step away from the love triangle movies. She starred along with Matthew McConaughey in drama Mud, which competed in the Cannes film festival. She also starred in Devil’s Knot, which was based on the book of the same name and examines a crime case of the West Memphis Three.

In 2013, Witherspoon introduced her production company, Pacific Standard. She starred and produced the film Wild, the adaptation of Cheryl Strayed’s memoir about her 1,000-mile hike along the Pacific Crest Trail. For the role, she was nominated for Academy Award and Golden Globe.

In 2016, she had a voice role in the animated movie Sing. She also contributed as a singer for the soundtrack, and it became a major box office hit, earning more than $200 million domestically.

On her 21st birthday, Reese Witherspoon met her future husband, Ryan Phillippe. The couple married in 1999, two years after their first encounter. The couple had two kids - daughter Ava and son Deacon. Phillipe and Witherspoon starred together in the teen drama Cruel Intentions.

In 2006, they announced their separation. Since the couple did not have a prenuptial agreement, they had to divide all assets in half. They finalized the divorce in 2007. Afterwards she shortly dated co-star Jake Gyllenhaal.

At the beginning of 2010, Witherspoon started dating talent agent Jim Toth. At the end of the year, the couple announced their engagement. In 2012, their son Tennessee James was born.

Besides her production company Pacific Standard, Witherspoon has also launched her home and apparel line, Draper James. In December 2010, she was awarded a star on the Hollywood Walk of Fame. Witherspoon has always stated that she is proud of her Southern background and upbringing which gave her sense of home and values.