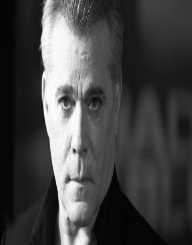 Raymond Allen Liotta is an American actor and producer. Born on December 18, 1954, he rose to fame with the role as Henry Hill in the crime drama Goodfellas in 1990. He played Ray Sinclair in Something Wild, 1986, for which he earned a Golden Globe nomination, Field Dreams, 1989, Unlawful Entry, 1992 and Hannibal in 2001. He is also known for roles like Chief Gus Monroe in John Q, 2002, Markie Trattman in Killing Them Softly, 2012 andLieutenant Matt Wozniak in the television drama Shade of Blue from 2016.

Ray Liotta was born on December 18, 1954, in Newark, New Jersey. Mary and Alfred Liotta adopted him when he was six months old. Alfred was a personnel director, owned an auto-parts store, and was the president of a local Democratic club while Mary was an appointed township clerk. He also had an adopted sister Linda Liotta. He was raised as a Roman Catholic and grew up in Union, New Jersey. Ray Liotta attended Union High School graduating, Union, New Jersey, graduating in 1973. He then enrolled at the University of Miami, graduating with a degree in Fine Arts in 1978. While there, he appeared in musicals including Sound of Music, Cabaret, Oklahoma, and Dames at Sea.

Ray Liotta moved from New Jersey to New York City after graduating from college. While there he worked as a bartender at the Shubert theatres and luckily for him found an agent within six months. From 1978 to 1981, he played the role of Joey Perrini in the soap opera, Another World. With his desire to have roles in films, he quitted the show and later landed a film debut in The Lonely Lady, 1983. In 1986, he played a major role in Something Wild gaining him a Golden Globe nomination. He went on to play the role of Shoeless Joe Jackson in fantasy film Field of Dreams alongside Kevin Costner.

Ray Liotta gained recognition for his role as Henry Hill in Martin Scorsese’s film Goodfella in 1990. In Unlawful Entry, 1992, Ray Liotta played the role of a psychopathic cop alongside Madeleine Stowe and Kurt Russel and continued with a role in No Escape. Liotta was critically praised for his role in the James Mangold’s film Cop Land also starring Sylvester Stallone, Harvey Keitel, and Robert De Niro. He appeared with his wife actress Michelle Grace playing the role of Frank Sinatra in the TV movie The Rat Pack in 1998.

He received a nomination at the Screen Actors Guild for his role. Aside from acting Ray Liotta is also a voice artist providing the voice of Tommy Vercetti in the video game, Grand Theft Auto: Vice City, 2002. In 2004, he played Charlie  Metcalf in the television drama ER, which won him an Emmy for "Outstanding Guest Actor in a Drama Series."

Ray Liotta has played several roles in films and television works. He appeared in Identity, 2003 alongside Alfred Molina and John Cusack, Wild Hogs with John Travolta, Battle in Seattle and Hero Wanted alongside Cuba Gooding Jr. his most recent role is in Shades of Blue opposite Jennifer Lopez.

In February 1997, Ray Liotta and actress Michelle Grace tied the knot. The two met at Michelle’s former husband Mark Grace’s baseball game. Both actors, they co-starred in The Rat Pack in 1998. They have a daughter. Ray Liotta and Michelle divorced in 2004. On February 19, 2007, he crashed his Cadillac Escalade into a parked vehicle in Pacific Palisades of which he was arrested for an alleged driving under the influence of alcohol. He pleaded no contest to the charge.