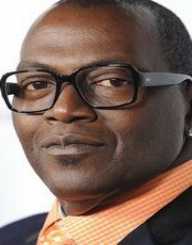 Randall Darius Jackson was born on June 23, 1956 in Baton Rouge, Louisiana. His mother Julia was a homemaker, and his father Herman a plant foreman. He was the youngest of three children in the family. Jackson learned to play guitar when he was 13 years old. He often slipped out of his home to play at local clubs.

In 1979, Randall Jackson graduated from the Southern University where he studied music. He went on to pursue his dream to become a professional musician. In the early 80s he played for three albums of Jean-Luc Ponty. He was also a part of the 80s rock band Journey for one year in 1986.

During the 80s, Jackson spent some time in Italy. He recorded an album with Italian pop star Zucchero- Zucchero and the Randy Jackson Band. In 1985, Keith Richard assembled a group of musicians for Whoopi Goldberg’s film Jumpin' Jack Flash. The band included Aretha Franklin as the lead vocal and Jackson on the bass guitar.

Randy Jackson was working as a bass guitarist throughout the 1990’s. He toured with Tracy Chapman in 1992 and was featured in several songs. He has also produced, recorded and toured with several well-known artists and bands. He has performed with Mariah Carey, Whitney Houston, Dionne Farris and Madonna.

He started to be a producer and songwriter in the San Francisco Bay area. His work with several major artists led him to become a demanded producer. In 2008, he released a solo album Randy Jackson’s Music Club Vol 1 with its single Dance Like There is No Tomorrow. He also produced American Idol finalist’s Kimberly Locke’s 4th album.

Lately Randy Jackson has been working as an executive - he was the vice president of artists and repertoire at Columbia Records and later at the MCA Records.

Randy Jackson is best known for his work on the TV show American Idol with Paula Abdul, Simon Cowell, Ellen DeGeneres and other artists that have been judges at the show. When Simon Cowell departed from the show in 2010, Jackson was the only judge from the original show. In 2013, he announced that he is leaving American Idol to focus on his business.

In 1999, Randy Jackson found out that he has type 2 diabetes. He had to do major changes to his lifestyle to battle the disease. To lose weight, he underwent gastric bypass surgery in 2003 and lost 114 pounds. Because of his personal experiences, Jackson is an activist against Diabetes. He is the spokesperson for the American Heart Association’s Heart of Diabetes campaign. He also established the Randy Jackson Childhood Obesity Foundation.

His first marriage with Elizabeth Jackson lasted until 1990. The couple had a daughter Taylor. In 1995, Randy Jackson remarried Erika Riker, with whom he has two children.