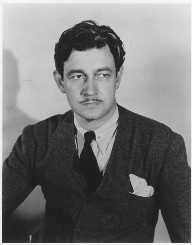 Preston Sturges was an American playwright and film director famous for his satirical scripts.

Preston Sturges was born on August 29, 1898, in Chicago, USA. At birth, he was named Edmund Preston Biden. He was the son of Edmund and Mary Biden. In 1901 he traveled with his mother to France. Later that year, his parents divorced. In October 1901 his mother married Solomon Sturges. Preston got became the adoptive son of Sturges. Preston Sturges grew up in America and France. As a result of this, Sturges became bilingual, fluent in English and French. He studied in France during his youth. In 1911 his mother divorced again. She went on to remarry several times.

At the start of the WW1 turmoil in Europe, Sturges returned to America. In 1916 he briefly worked at the New York stockbrokers. Sturges quit the corporate world in 1917 to join the US military. He became a US Army Lieutenant. After the war, he left the army to manage his mother’s salon in New York. He ran the salon for eight years until 1927.

Sturges published his maiden work in a military camp newspaper. He titled the essay Three Hundred Words of Humor. In 1929 he wrote a play for the Broadway theater group titled Strictly Dishonorable. He wrote other plays which were not highly acclaimed at the first one. In 1933 he debuted in the world of film scriptwriting. He wrote the script for the film The Power and the Glory. He made a good impression as a budding writer in America. In 1934 he wrote another script for the film We Live again. The following year, Sturges wrote The Good Fairy. In 1937 he scripted another film Easy Living.

In 1940 he got his maiden role as the director of the Paramount Studios production The Great McGinty. The comedy was highly acclaimed by the film critics. He directed another film Christmas in July. After the two productions, he became a director handling both the script writing and the actual film screen directing. In 1941 he had his breakthrough by directing the film The Lady Eve. The film was cast in the theme of a romantic comedy and was a commercial success.

Following the success of the film The Lady Eve, Sturges directed Sullivan’s Travels. The film revolved around satire, mysterious murders, and romance. He combined a good flowing script and seasoned actors to produce a masterpiece in Hollywood. Sturges cemented his reputation as a versatile director. In 1942 he directed The Palm Beach. He managed to maintain a bigger part of the cast that appeared in Sullivan’s Travels.

In 1944 he released the long-awaited film The Miracle of Morgan’s Creek. Sturges had bitter fights with other directors during the production of this film. Due to these fights, the film was released two years after its filming. He directed other films in 1944 notably Hail the Conquering Hero, and The Great Moment.

In 1945 he left Paramount and co-founded the California Pictures Corporation with his friend Howard Hughes. Sturges directed some films under the entity. Some of the films he directed while at California Pictures include The Sin of Harold Diddlebock done in 1947 and Mad Wednesday done in 1950. Sturges left the company after some infighting with his partner Hughes.

Sturges continued his career at the Twentieth Century-Fox. In 1948 he directed Unfaithfully Yours. In 1949 he directed another film The Beautiful Blonde from Bashful Bend. He struggled after the two productions failed to make any commercial inroads in the industry.

He left Hollywood for Paris in 1949. Sturges stayed away from the limelight until 1955. He directed the film The French, They Are a Funny Race. To capture a wider audience in France and America, he produced the film in French and English.

Sturges had a tumultuous family life. He was a heavy drinker and a serial womanizer. He attributed this from his upbringing. His mother married several husbands and partners during his upbringing. He married four times divorcing thrice. He fathered one child in his third marriage, and two in his last marriage. His son Preston Sturges Jr. is a film director.

He died of a cardiac arrest on August 6, 1959, in a New York hotel. He was buried in the Ferncliff Cemetery in New York.

Sturges was dedicated at the Hollywood Hall of Fame. He posthumously received the Screen Writers Guild’s prize, the Laurel Award. Hollywood made adaptation films from three of Sturges’ films after his death.