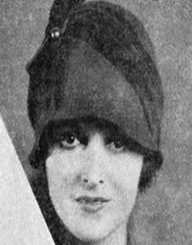 Mary Astor was born on May 3, 1906. She was an American actress. She was famous due to her role in the film ‘The Maltese Falcon’ as Brigid O’Shaughnessy. She died aged Eighty-one years old.

Mary Astor was born Lucile Vasconcellos Langhanke on May 3, 1906, in Quincy in Illinois, United States. She was born to Otto Ludwig Langhanke who was a teacher and Hellen Marie de Vasconcellos who was also a teacher. She homeschooled and learned to play the piano. In 1919, she contested in the Motion Picture Magazine where she became the semifinalist.

In 1921, her family moved to Chicago, Illinois. She took drama lessons. She later appeared in some amateur stage productions. In 1922, she contested once again in the Motion Picture Magazine hence becoming the finalist. She after that became the runner-up in the national contest. Her family then went to New York for her benefit to act in motion pictures. She signed a six-month contract with the Paramount pictures. Later her name was changed from Lucile Vasconcellos Langhanke to Mary Astor. In 1923, her family moved to Hollywood.

Mary Astor's career started by her performing in silent movies. She was tested by Lillian Gish in reciting Shakespeare. In 1921, she appeared in ‘Sentimental Tommy’ leading to her debut. She also appeared in ‘The Beggar Maid.’ In 1922, she featured in ‘John Smith’ which was a feature-length movie. She then appeared in ‘The Man Who Played God’.  She was later signed by Paramount for a year contract at 500 dollars weekly. In 1924, she starred with John Barrymore in ‘Beau Brummel.’

In 1925, Mary Astor signed a contract with Warner Bros immediately after her deal with Paramount lapsed. In 1926, she appeared in the film ‘Don Juan.’ In 1926, she was named one among the WAMPAS Baby Stars. In 1928, while on loan to Fox Film Corporation, she appeared in the film ‘Dressed to Kill.’ She also appeared in Fox’s comedy film ‘Dry Martini.’ She after that signed a contract with Fox Film Corporation for 3,750 dollars weekly immediately after her contract at Warner Bros expired.

In 1929, Mary Astor was rendered workless after being released from her contract due to failure in the voice test.  She later took singing and voice training lessons with the help of Francis Stuart. Her career was enlightened by Florence Eldridge after being recommended as a second female lead. Her performance was highly rated, and her voice rendered perfect. In 1930, she featured in the Fox movie film ‘Such Men Are Dangerous.’ Her career later doomed due to the death of her husband Kenneth Hawks.

In the mid-1930, Mary Astor returned to work and featured in Paramount’s ‘Ladies Love Brutes’ her first talkie. In 1931, she starred in ‘Smart Woman’ as Nancy Gibson. In 1932, she and her family moved to South California. She later appeared in ‘MGM’s Red Dust’ as Barbara Willis. She after that signed with Warner Bros a featured player contract. In 1933, she co-starred in ‘The Kennel Murder Case’ as Hilda Lake. In 1933, she went to New York and took a career break. In 1937, she embarked on her career by appearing in films ‘Tonight at 8:30’, ‘The Astonished Heart,’ ‘Still Life,’ ‘The Prisoner of Zenda,’ ‘The Hurricane,’ ‘Midnight’ and ‘Brigham Young.’

In 1943, after the death of her father, she signed a contract with MGM which was to last seven years. In 1944, she later played a role in the film ‘Meet Me in St. Louis’. In 1945, she made her debut by appearing in ‘Many Happy Returns.’ In 1946, she was loaned out to 20th Century fox where she appeared in ‘Claudia and David’ as a wealthy widow.

In 1947, Mary Astor was loaned to appear in Paramount’s ‘Desert Fury’ as Fritzi Haller. In 1948, she featured as a prostitute in ‘Film noir Act of Violence.’ In 1949, she appeared in ‘Little Women’ as Marmee March.  In 1952, she was cast in ‘The Time of the Cuckoo’ a stage play which she performed a leading role.

In 1955, Mary Astor appeared in ‘Summertime.’ In 1954, she made her television debut with the film ‘The Missing Years.’ She later appeared in an episode of ‘Justice’ an NBC series. She also appeared in some renowned television shows such as, ‘The United States Steel Hour, Alfred Hitchcock Presents, Rawhide, Dr. Kildare, Burke’s Law and Ben Casey.’ She after that appeared in ‘The Starcross Story’ a Broadway film.  She later went back to South California. In the 1960’s, she appeared in films such as, ‘The Image of Kate,’ ‘The Incredible Charlie Crewe,’ ‘The O’Conners,’ ‘Goodbye,’ ‘Darling, be Happy,’ ‘Return to Peyton Place.’