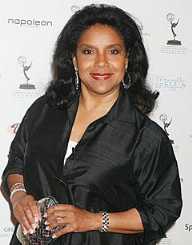 Phylicia Rashad was born on June 19, 1948, in Houston, Texas, USA. Her parents are Vivian (Ayers) and Andrew Allen. She also has three siblings: Andrew, Hugh, and Debbie Allen. Phylicia now uses the last name Rashad, as it was her third husband’s last name, and she had not be married again since her divorce to him.

As a young adult, Phylicia Rashad attended and graduated from Howard University.

Phylicia Rashad first started acting on television in the mid-1970’s when she appeared as a guest actress in the show Delvecchio. This role wasn’t a big one, but it encouraged her to continue seeking television acting roles. For the remainder of the 1970’s, she had small parts in several other shows, including Watch Your Mouth.

During the 1980’s, Phylicia Rashad continued her television career. She started off with small roles in shows like One Life to Live, Santa Barbara, and The Love Boat. As the decade wore on, she earned larger roles in shows. One of her biggest roles began in 1984 when she started playing Clair Huxtable on The Cosby Show. Later on, she acted in another show, A Different World; she also played Clair Huxtable. However, this show only lasted until 1990.

As the 1990’s began, Phylicia’s career as an actress continued, as did her role of Clair Huxtable on The Cosby Show. Phylicia Rashad continued acting on this show until it ended in 1992. Once the show was over, she did not immediately take on another recurring role. Instead, she worked on various small projects like American Playhouse, In the House, and Linc’s. It was also during this decade that she began acting in made for television movies like David’s Mother and The Babysitter’s Seduction. In many of these films, she still had small roles. It wasn’t until 1996 that she took on another recurring role on the show Cosby as the character Ruth Lucas. She acted on this show until 2000.

The 2000’s were filled with more small roles on television shows and parts made for television movies. Some of the shows and films she worked on during this decade included Bull, Psych, Touched by an Angel, Little Bill, and Everyone Hates Chris.

In the 2010’s, Phylicia Rashad resumed taking on recurring roles on television shows. In 2012, she even had a recurring voice-acting role on The Cleveland Show as Dee Dee Tubbs. In 2013, she played Dr. Vanessa Young on Do No Harm. This role lasted for a season. In 2016, she earned her most recent recurring role as Diana DuBois on Empire. Other television shows and movies she acted in most recently include Creed, When We Rise, and Tour de Pharmacy.

It was in 2004 that Phylicia Rashad appeared in her first on-Broadway show, A Raisin in the Sun. After this, she went back in forth between acting on and off Broadway. Some of the plays she acted in included popular hits like A Wonderful Life, Cat on a Hot Tin Roof, and A Midsummer Night’s Dream.

All of Phylicia’s awards and accomplishments are due to her acting career. Some of her most impressive awards are listed below.