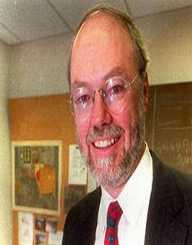 Philip Allen Sharp was born on June 6, 1944, in Kentucky, USA. His parents were Katherine and Joseph Sharp.

After high school, Philip Allen Sharp went on to attend Union College. Here, he earned a bachelor’s degree. After graduating from this school, he enrolled in the University of Illinois. He later graduated from this university in 1969 with a Ph.D. in chemistry.

After graduating from the University of Illinois, Philip Allen Sharp went to the California Institute of Technology (Caltech) to do his postdoctoral studies. While here, his main topic of studies was genes and genetics.

Once finishing his postdoctoral studies, Philip Allen Sharp went on to work at the Cold Spring Laboratory. Here, he worked with several other notable scientists, including Jim Watson, Joe Sambrook, and Ulf Pettersson. In his first few years at the laboratory, Sharp focused on studying the RNA makeup of several viruses. By doing this, they found the RNA sequences of viruses, which would later help other doctors and scientists to fight viruses.

In 1974, Philip A. Sharp began working at the Massachusetts Institute of Technology in the cancer research department. Here, he worked with Jane Flint for many of his projects. Together, they continued studying RNA in viruses. They discovered that some RNA within viruses did not travel inside of cytoplasm. They figured that messenger RNA (mRNA) were used instead. They had to continue their study to get more answers.

In 1977, Philip A. Sharp and Flint were studying both RNA, mRNA, and DNA. They discovered that parts of mRNA corresponded to parts of DNA. This similarity enabled the team to look further into DNA. They soon discovered that some parts of DNA, called introns, had no genetic material in them. This discovery would prove to help Sharp, Flint, and other scientists around the world with research in genetics.

In 1985, Philip A. Sharp was promoted to director of the Cancer Research Center within the Massachusetts Institute of Technology.

In 1991, Philip A. Sharp stopped working as the director of the Cancer Research Center. In this same year, he became the head of the biology department at the Massachusetts Institute of Technology. He kept this job until 1999. In the same year, he also began teaching biology at the Koch Institute.

In 2000, Philip A. Sharp got a new job working as the director of the Brain Research department at the McGovern Institute. He kept this position until 2004.

Philip A. Sharp currently continues to work as a biology professor at the Koch Institute.

All of Philip A. Sharp’s awards and accomplishments are due to his work in science. Some of his most prestigious awards are listed below.

Philip A. Sharp is a member of , or has been a member of, the following groups: the Royal Society, European Molecular Biology Organization, American Philosophical Society, Institute of Medicine of the National Academy of Sciences, National Center for Human Genome Research, Office of AIDS Research, Predisnce’t Advisory Council on Science and Technology, and the American Association for the Advancement of Science.

Philip A. Sharp has an honorary degree from Union College.

Philip A. Sharp married Ann Holcombe in 1964. Together, the couple has three children. This couple is currently still married.