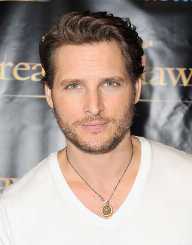 Actor Peter Facinelli was born on the 26 November 1973 in Queens, New York to Bruna Reich and Pierino Facinelli, Italian immigrants. The family had four children, and Facinelli has three sisters.

Facinelli’s first film role was in Angela (1995), and this established his career.

Peter Facinelli was married to Jennie Garth between 2001 and 2013. The couple shares three children.

Peter Facinelli is a supporter of the Onyx & Breezy Foundation which provides funding and support for animals including spay and neuter programs, the rescue of animals from kill shelters and cancer research.