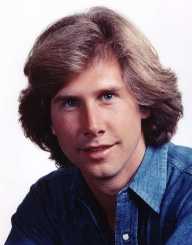 Richard Stevenson Parker Jr. is an American actor. Born on June 4, 1952, his acting encompasses both film and television productions. He made a professional acting debut in A Separate Peace, 1972. He later played roles in numerous television and films. His works include Stroke Ace, 1983, Not on This Earth, 1995, Perfect Disguise, 2015, and Mistrust in 2018. Stevenson’s television works are Gunsmoke, This House Possessed, My Christmas Prince, and Greenhouse Academy.

On the other hand, Parker Sr. disapproved his son becoming an actor. Parker Stevenson wanted to become an architecture and had no dream of becoming an actor. The family later moved to Rye, New York. Parker Stevenson received education at Brooks Preparatory School, where he took part in few plays. After graduating, he enrolled at Princeton University to study architecture.

Stevenson made a professional acting debut in 1972 appearing in the movie A Separate Peace. It was during this period that he became Parker Stevenson. He followed it with an appearance in the Gunsmoke in 1974. After grating from Princeton, he left for Hollywood. In 1976, he landed a role as Chris in the film Lifeguard opposite Sam Elliott. He had a career breakthrough with his role in The Hardy Boy/Nancy Drew Mysteries series from 1977 to 1979. The series produced by Glen A. Larson’s production also starred Shaun Cassidy and shown on ABC. Stevenson played Aubrey James in the movie Stroker Ace in 1983. The film was both critical and commercially a flop. After that role, he appeared in Stitches, 1985 as Bobby Stevens. He also played roles in films including Loaded, 2008, McTaggart’s Fortune, 2014, The War Raiders, 2016, and Hidden Truth, in 2016.

Stevenson played several television roles. He appeared in the miniseries North and South: Book II, 1986, as Billy Hazard. The series also co-starred his wife Kristie Alley, who played his sister Virgilia Hazard. His next role was in the short-lived series Probe, 1988 as Austin James. Also, Stevenson appeared in Burke’s Law. 1994, Legion, 1998, Batman Beyond, 2000, and Judging Army in 2002. He also appeared in The Perfect Daughter, 2016, My Christmas Prince, 2017, and Greenhouse Academy from 2017 to 2018. Stevenson is also an avid photographer.