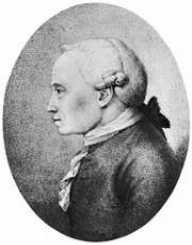 Georg Philipp Friedrich von Hardenberg was born on May 2, 1772, in Oberwiederstedt, Germany.  His parents were Heinrich Ulrich Erasmus Freiherr von Hardenberg and Auguste Bernhardine von Böltzig. He also had ten siblings. He later worked under the pen-name Novalis, which he is now better known for.

Novalis was first home-schooled by tutors before he attended a real school. The first school he attended was a Lutheran grammar school. There, he learned a variety of subjects. In 1790, after he had finished his studies at the grammar school, he enrolled in the University of Jena. While at the school, he studied law. Soon after attending the school, he left to study in Wittenburg instead. He finally finished his schooling in 1794.

After finishing his education, Novalis was unsure about what he wanted to do with his life. He held a series of different, unrelated, jobs. He first worked as an actuary. He only stayed at the job for two years before becoming an auditor for the government. While working as an auditor, he also helped his friend, Johann Gottlieb Fichte, with his new religion, Liebesreligion.

In 1797, Novalis returned to school at the Mining Academy of Freiberg. There, he studied geology, as well as some other subjects in the sciences, mathematics, philosophy, and history. Also while at school, he began to work seriously on preparing for his future writing career.

Novalis published his first work in 1798 in a magazine. His work was titled (when translated) Pollen. This was the first time that he used the name Novalis. His works were mostly of the Romantic stylings. He focused somewhat on poems and other lyrical stylings of prose. The topics of his works varied greatly. Some were about love, others about philosophy, and others on simple idealisms. From then on, he continued to produce books, poems, and other works at an astounding rate. During his short career, he produced more than 20 works. Some of his most famous works are listed below.

After completing his schooling at the Mining Academy of Freiberg, and while working on his writing career, Novalis also worked in a salt mine. He worked his way somewhat up the ladder in his career and rose to the role of mine inspector before his untimely death.

Novalis was diagnosed with tuberculosis in late 1799. He suffered from the illness for years before he finally died from it on March 25, 1801, in  Weißenfels, Germany. He was 26 years old when he passed away.

Novalis still had some works in progress at the time of his death. One of his essays, Christendom or Europe, was published after his death. Later, the notes he had made when writing books years earlier were collected by friends and turned into their book, Note of a Romantic Encyclopaedia.