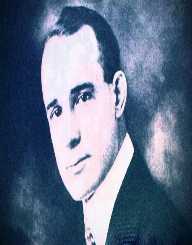 Oliver Napoleon Hill was born on 26th October 1883. Hill lost his mother when he was only ten years old, and he had to grow up within the next few years without his mother. His father lived in the Southwest Virginian Appalachian mountains area, and their home was a nondescript one-room cabin. Napoleon Hill's father was however to remarry, and with a good-natured woman-Martha, around the home, Hill was inspired to write. She nudged him to use a typewriter, and this was in place of the archaic six-shooter he was used to.

In no time, as Hill turned 13 years old, he started writing for media houses in the Virginia Wise County suburb. By the time Hill was 15 years old, he had become a freelancer who reported news and happenings around him.
Hill also enrolled in law school, but he was forced to withdraw as he faced financial difficulties. Without let, he refused to be dampened and turned to Bob Taylor’s Magazine to pen articles on wealth and attainment of power.

In the turn of 1908, Napoleon Hill applied for a job with Andrew Carnegie, and the steel mogul interviewed him. Hill was put on the spot by Carnegie, who prodded him to take a count of wealthy and successful figures around. He asked that Hill should interview them and come up with a compendium on the philosophy that underscored their achievements. Carnegie was ready to give Hill the lead to the men of means around the country during that era. Hill was not one to let go of such exhilarating openings, and he grabbed the chance with both hands.

Napoleon Hill set out to interview the 20th-century greats that made waves at the time, and he was not on the payroll for this job. He sat one-on-one with Henry Ford, Graham Bell, Woodrow Wilson, and F.W.Woolworth. Others were George Eastman, Theodore Roosevelt, Charles M. Schwab as well as Alexander Graham Bell. This foray was one that Hill was on for the next two decades of his life. At the onset of 1912, Napoleon Hill arrived in Chicago and worked on some endeavors before writing to President Woodrow Wilson to offer his services. The President obliged him and given a spate of propaganda materials to work on.

As Napoleon Hill set a trajectory for his life, he emerged with a magazine just before 1920 that he titled Hill’s, Golden Rule. This was an assemblage of gospel teachings and psalms from the scriptures as an underlying basis for his philosophy of success. The magazine was instantly well-received and became a soaring success. As Napoleon Hill proceeded on a nationwide tour, his publisher had run-ins with him and seized control of the magazine. Hill had to move to New York as a result of this and started off with a new magazine that replicated his previous success with more aplomb.

Hill quickly earned the stripes as a philosopher-laureate that embodied the diktat of ethics and replicating success.Napoleon again faced opposition from colleagues, and he moved on to the state of Ohio. As Napoleon Hill settled down in Ohio, he began a college that tutored people in public speaking, journalism, and advertising. Hill was on this beat when he crossed paths with the reputed Don Mellet. Hill had to run away from Ohio again as the mafia came after Don when it was apparent he spilled their dirt on the pages of Canton Daily News. Hill requested the Governor to open an investigation, but he had to run for his dear life in the 1926 uproar.

When “The Great Depression” hit the nation, Napoleon Hill was left exposed as the rest of his countrymen. He lost his home and pitching school in the process. Hill again was not one to give up easily as he picked up the pieces and penned a book titled “The Magic Ladder to Success” in 1930.

Back to National Service

Napoleon Hill received an invite from President Roosevelt to work on his team for the nascent National Recovery Administration, and he accepted.Hill's task was to help bolster public confidence as efforts were on to light up enthusiasm and build the economy again. This took Napoleon Hill the next three years to 1936 to work on, and he also distinguished himself.

The Laws of Success was an 8-volume work by Hill, and it was published in 1928 by Andrew Pelton. Here, Hill put together his data gleaned from interviewing great minds of the time. This pre-mid-20th-century work was an amazing sensation that was well-received. In the turn of 1937, Napoleon Hill had the all-time bestseller, “Think and Grow Rich” completed” with the help of his then-wife, Rosa. He was bankrupt after the royalties of the book, Think and Grow Rich, was awarded to Rosa since Rosa helped him complete the manuscript.

Napoleon Hill became the premiere self-improvement practitioner, and Andrew Pelton again published coach and his legendary and ground-breaking book. The publisher wanted to title the book “Use Your Noodle to Win More Boodle,” after reading the manuscript.

Napoleon Hill moved again and set out for South Carolina. Here, Hill created a self-improvement course at the request of William Plumer Jacobs. This was in 1941, and it was a 16-volume set. It was titled, “Mental Dynamite” but had to be obstructed as a result of WW2. In the post-war years, Napoleon Hill lectured in Chicago, and at this time, he came in contact with W. Clement Stone. The pair reached an agreement in 1952 to produce a couple of courses and books. He focused on the Science of Success and imparted his ideas about the “Philosophy of Personal Achievement.”

It was during this stint that Hill published the book, “Grow Rich With Peace of Mind.” “Success Through a Positive Mental Attitude” and “How to Raise Your Own Salary.”

When the story of Napoleon Hill gets told, it is trite always to remember his step-mother who prodded him to write. Hill's encounter with Andrew Carnegie is another momentous epoch in his life. This encounter opened him up to the wealth of information that he built on in his later years. Devoting his life to seek out and understand the formula of success became Hill's enduring legacy. The compilation of his talks, lectures, articles, books, and ideas became the bulwark for modern-day self-improvement school of thought.

While it is true that Hill made money, embraced fame and reputation with his life’s calling, what stands out are his groundbreaking ideas.Hill espoused that capitalism, peace; democracy and freedom were epochal if the philosophy of achievement must hold. He ingrained the thoughts that failure to hold firm beliefs means an ode to success. Hill developed the concept that gave life to the "Master Mind," and he held out that harmony and coordination of knowledge with someone else or a group give rise to this.

When Napoleon Hill died, the Napoleon Hill Foundation took over his life’s work, ideas, and epitome. The Pacific International University awarded Hill, the honorary Doctor of Literature degree (Litt.D.) Hill's book, Think and Grow Rich, is reputed as the best-selling self-help book known to man. The sales count exceeded 20 million copies in print as at November 8th, 1970, when he died.

Hill’s last book was “Succeed and Grow Rich through Persuasion” and got published in 1970.

Napoleon Hill first got married in 1910 to Florence Elizabeth Hornor. The union produced three sons but the itinerant life he lived led to the termination of the marriage in 1935. Two years down the line, Hill met Rosa, who was 29-year-old at the time and they married in Atlanta. Hill again had this marriage terminated.

By 1943, Hill got married to Annie Lou Norman, with whom he had been friends for some time. They both moved to California after that, while Hill lectured on success and self-improvement themes.