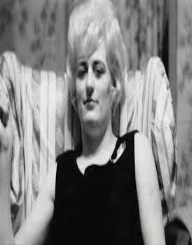 Myra Hindley was born 23rd July 1942, to Bob and Nellie Hindley. She was born in Crumpsall, in the United Kingdom, and grew up in Gorton which was part of Manchester. She had a tough childhood with an alcoholic father and mother who both beat her.

In 1961, Myra Hindley joined the staff at Millwards, and shortly after, she met Ian Brady. Hindley had a fascination for Brady, and the two started going to the cinema regularly. They watched X-rated movies and would generally go to Hindley’s house afterwards. The couple was soon reading about Nazi atrocities together, and Hindley’s appearance began to change. She bleached her hair blonde, started to wear heavy makeup and started wearing provocative clothing like short skirts and high boots.

Hindley and Brady also went to the library on a regular basis and borrowed books on crime, torture, and philosophy.

Brady moved in with Myra Hindley in June 1963, and on 12th July, they murdered their first victim, Pauline Reade. Reade was 16 and had gone to school with Hindley’s sister.

Over the ensuing months, Brady became very friendly with Smith, and the two couples regularly took outings together. The men began to discuss bank robberies. On 26th December 1964, another child, Lesley Ann Downey, ten years of age, went missing from the local fair and was never found.

The four victims had all been sexually assaulted, and either strangled or had their throats cut.

Their fifth victim, 17-year old Edward Evans, was taken on 6th October 1965. This time the murder was witnessed by Smith. He was supposed to go back the next day and help Brady get rid of the body, but when he got home and told Maureen what had happened, she made him call the police and report it, which he did.

After Smith’s call to the police, the local Superintendent, Bob Talbot, visited Myra Hindley's house the next morning. Both Brady and Hindley were home. Talbot explained he was following up on a report of violence that had taken place the night before.

Once the body of Evans was found, the police took both Brady and Hindley to the police station, but Hindley was released as there was no proof of her being involved. A few days later, on 11th October, she was charged as an accessory to the murder and remanded in custody at Risley Prison.

Smith further helped the police by saying that Brady had ordered him to return any incriminating evidence, including books, and he then saw Brady pack them into suitcases. He also told police that Brady loved railway stations.

After several days of searching, the police found several suitcases at Manchester Central Railway Station, the ticket of which was with Hindley. The cops found pornographic photos of Ann Downey, and her voice was also recorded screaming for help. Her mother identified her voice.

Through searching Myra Hindley's house, the police found the name of John Kilbride, which aroused their suspicions as Kilbride was one of the children that had disappeared. They also found many photos of the moors, so began searching there, looking in specific areas with help from a neighbor, and Smith.

They eventually found four of the bodies, but the body of Keith Bennett has never been found. Hindley and Brady confessed to the crimes once they knew the bodies were being discovered.

Almost 20 years later, Brady confessed to a journalist he had also killed Keith Bennett and Pauline Reade. Neither Brady nor Hindley were charged with the murders as there was insufficient evidence.

Hindley tried several times to have her sentence reduced but to no avail. She tried escaping but was found out beforehand. She died on 15th November 2002 of bronchial pneumonia.