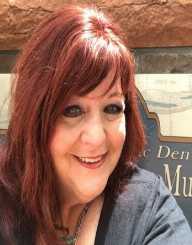 Margaret Brown was an American socialite famously known as ‘The Unsinkable Molly Brown.’ She was born on July 18, 1867, in Hannibal, Missouri, United States. She is remembered for her courage and role in persuading the crew aboard the Life Boat No. 6 to make a turn and look if there were any survivors on the wreckage of the RMS Titanic which sank in 1912.

However, no records have stated whether the crew returned or if they found any survivors. She was later nicknamed ‘Maggie’ and was referred to as the ‘Unsinkable Mrs. Brown’ long even after her death. The name was adapted into a 1960 Broadway Musical and the 1964 film which were titled ‘The Unsinkable Molly Brown.’

Molly Brown was born Margaret Tobin to Irish Catholic immigrants John Tobin and Johanna Tobin. She was born on July 18, 1867, in Hannibal, Missouri, United States. Her parents were ardent supporters of freedom and equality a trait that she emulated as she grew up. She never acquired much education as she only studied up to the age of thirteen and at the age of eighteen moved to Leadville, Colorado with two of her siblings.

Molly Brown started working at the young age of thirteen to provide necessities for her family, and she had to endure long working days and low wages. After moving to Leadville, to find greener pastures, she started working at a dry goods store and supplemented it with a sewing job to make extra cash. In 1893, success came her way after her marriage to James Joseph Brown who acquired great wealth from a mining project.

She was instrumental in helping the miners get food and also founded the National American Woman Suffrage Association which fought for the rights of women. In 1894 she moved to Colorado and joined the Denver Woman’s Club and also learnt a bit of French, German and Russian. She became famous and was considered among the elite and successful. In 1909 she ran for the Colorado senate seat but later withdrew her candidacy due to conflict of interest that ensued between her and her husband.

Molly Brown loved touring places and by 1912 had made several trips to different places in the world. Among her trips was when she boarded the most luxurious ship known as the Titanic in 1912. Upon voyage, the Titanic hit an iceberg on April 15, 1912, and began sinking. She played an active role in helping people abandon ship before taking off aboard Life Boat No. 6.

She urged the other crew members to turn back again and see if they could find any more survivors. However different sources have remained unclear as to whether they returned or found survivors.  After being rescued by the RMS Carpathia ship, she established a survivors committee which was on the forefront to secure basic needs for the other survivors of the Titanic. She received the French Legion of Honour, the highest decoration in France, for her humanitarian and philanthropic activities in 1932.

At the age of nineteen, Molly Brown got married to James Joseph Brown in 1886 and together had two children. They separated in 1909 but remained legally married before James died in 1922. She experienced deteriorated health in her later years and died on 26 October 1932 at the age of sixty five.