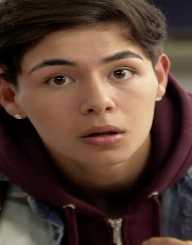 Mickey Barone is one of the upcoming social media fanatics using such platforms to display their talent. The 17-year-old chap announced his social media presence with an account on the live-streaming app YouNow and had since taken advantage of the prospects of others like Instagram and YouTube. Barone is now making much out of YouTube with his challenge videos and Q&A’s which has attracted some fans and subscribers. With almost 140,000 subscribers on his YouTube channel, Barone is striving for the best and is urging on to be one of the famous social media personalities.

Most of his videos feature friends and other social media personalities like Bryce Hall and Bradlee Wannemacher. As a rising star, Mickey Barone has received an invitation to attend social media events like PressPlay Tour, Vidcon, and Good Times Tour. Barone aspires to venture into modelling and acting shortly but for now, wish to concentrate on his social media life. Barone picks inspiration from social media star Cameron Dallas in his social media career. It is good he has chosen Cameron as someone he looks out to as he has fantastic followers and fan base on YouTube with currently more than 5.5 million subscribers.

Mickey Barone was born on July 2, 1999, in Providence, Rhode Island to Bella Barone. Barone had the stay in different places around Rhode Island as his parents are fond of moving from one place to the other almost twice each year. He has been living with his mother and stepdad since childhood and has found love from his stepdad. Due to his parent’s habit of moving from one place to the other, Barone has few friends even though he acknowledges that friend makes less impact on one’s life.

Mickey Barone’s presence on social media was inspired by a video of Cameron Dallas titled Expelled. Cameron had himself risen to fame through social media. The inspiration he got from the video urged him to create a Vine account, and his first video post was with his cat. He did not find Vine interesting enough and therefore deleted his account after creating one on YouNow in 2015. He then started sharing videos of some daily aspects of his life with friends. This gained him some popularity and with over70,000 followers.

Despite his massive presence on social media, Mickey Barone is a shy person and does not like being in public. Though very handsome and attractive, he hates going to the shopping mall, concerts and other public gatherings, as he feels uncomfortable while at such places. Barone also hates being stared at and feels he is discussed when people stare at him. In one of his videos, he alluded to the fact that he is a self-conscious person and takes his appearance seriously. He prefers to wear long sleeves and does that even at the beach. That sound very weird right? But that is how he prefers to be seen.

Mickey Barone has one love story which started all glittering but ended up sour. He dated social media personality, Alicia Taylor, briefly. The two expressed their love on their social media platforms and were seen hanging up a couple of times. This, however, could not last long as the two lovebirds parted ways.

Barone accused Alesia of not being a nice person as she portrays on social media. He supported a comment by Alesia’s follower on Twitter who termed her, as not been a nice person after another fan had previously commented that Alisia was very sweet. Barone has recently been seen with singer Maggie Lindemann’s Snapchat videos. With his closeness to his friend Bryce Hall, some fans thought the two were couples, but he refuted such claims.