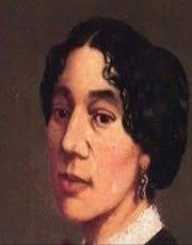 Although little is known about her growing up years, it is believed that she did receive some education. She moved to Salem, Massachusetts, and worked with her brother, Charles’ wife as a hairdresser. There she learned about being a wigmaker and also how to be a hairdresser. She then moved to Boston in 1840, where her work as a milliner began.

While working as a milliner, she met a man who was a clothes dealer. The two fell in love and married. His name was Desiline Carteaux. The marriage, however, was short-lived and she then moved to live with friends in Boston, Massachusetts. Needing a way to make money, Christiana used her knowledge of hairdressing and wigs to open up several places of business that operated from 1847-1871.

To help her spread the word about her business, she placed an advertisement in an abolitionist paper. This is how she met her second husband, Edward Mitchell Bannister. He was hired as a hairdresser to work in one of her salons. The two fell in love and married in 1857. After the two married, he began working on his first love- that of being an artist, with her support. They also moved to Providence, Rhode Island.


Supporting the man she loved

As a businesswoman who also supported the abolitionist movement, Christiana Carteaux Bannister had many contacts both black and white alike, which helped spread the word about her husband’s career and offer him opportunities to showcase his work and obtain business. He painted portraits, and also did a painting or a bust of his wife. This is the same painting that the statue is made off of that is housed in Rhode Island.

Edward Bannister’s career took off after the end of the civil war and the two also separated for approximately two years. After the two got back together, they remained that way until his death in 1901. Edwards also co-founded the Providence Art Club and was also a member of the Anna Eliza Club. His artwork began to win awards as well.

Her family also lived with her in Rhode Island. She also had her husband’s nephew as well according to records.

Abolitionism and the Boston Underground Railroad

Christiana Carteaux Bannister and her husband were supportive of the abolitionist movement and black rights during the war times. The two were also both active in the Boston Underground Railroad. They lived with someone who was important in the Underground Railroad. Her hair salons served as the meeting ground to disseminate information for the abolitionist, both black and white alike.

She also supported both the men and the women involved with the 54th Massachusetts Regiment-one of the first units that fought on the side of the Union that was made up of all black soldiers. She was known for holding fundraisers to help fund the women’s careers who had men fighting in the war and for the women who lost their jobs or were too old to work. She opened up a place for them to live called the Home for Aged Colored Women. Not only did she help raise funds for the 54th regiment but the 55th and the 5th Massachusetts Calvary.

After the death of her husband in 1901, her fortunes started to lessen, and she too became a resident of the home that she opened. It is said that she had dementia and was placed in a home for the mentally insane where she died in 1902.

It took many years for her accomplishments to be acknowledged. Christiana Carteaux Bannister has a bronze statue in Rhode Island erected in her honor and her also into the Rhode Island Heritage Hall of Fame. She showed that black woman following the ending of slavery had to support themselves and their families sometimes. She did it and made money.

She became one of the first black woman entrepreneurs. She was the sole force behind the Bannister Center, formally the Home for the Aged Colored Woman.  She is an integral part of African American History that all should know about.