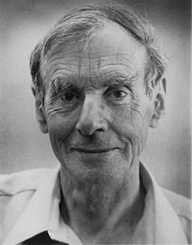 Michael Smith was born 26th April 1932, to Rowland and Mary Agnes Smith. He was born in Blackpool, Lancashire, England, in a town called Blackpool.

Although Michael Smith would have liked to study at Oxford or Cambridge, he didn’t have proficiency in Latin, which meant he couldn’t be accepted. He did, however, obtain a scholarship to study chemistry at the University of Manchester. He graduated with his Bachelor of Science in Chemistry, three years later, in 1953.

Michael Smith continued to study on another scholarship and graduated in 1956 with his Ph.D.

In 1956, Michael Smith migrated to Canada. He took up a post-doctoral fellowship position at the British Columbia Research Council, under the supervision of Khorana.

They were studying DNA and how it encoded the proteins in cells. In 1960, Khorana was offered a position at the Institute for Enzyme Research at the University of Wisconsin-Madison in the United States. The laboratory was state-of-the-art, and when he moved, Smith went with him.

It was only a few months later, that Michael Smith returned to Vancouver, in Canada. He took up a position of senior scientist and Head of the Chemistry Division at the Vancouver Technological Station of the Fisheries Research Board (FRB). His role was to study spawning salmon – their feeding habits, survival instincts, and the scent stimuli that guided them.

During this period, Michael Smith received a research grant from the United States Public Health Service, to study nucleic acid synthesis which was his main area of interest. As well as working for the FRB, Michael Smith was an Associate Professor at the University of British Columbia (UBC) in the Department of Biochemistry.

When Michael Smith returned to Canada, he was one of the world’s leading molecular biologists.

Although Michael Smith was a research chemist, he helped the UBC and academia in various ways, including serving on the UBC Senate, being a member of the Biotechnology Sector Committee of British Columbia, and becoming the Interim Scientific Director at the UBC Biomedical Research Center.

In the 1980s, there was an international initiative called the Human Genome Project. Its primary objectives were to identify the approximately 20,000 – 25,000 genes found in human DNA, to determine the sequences of the chemical base pairs, of which there were three billion, and to store the information in databases, amongst other things.

It was a huge undertaking, and Michael Smith was instrumental in establishing a facility that would allow Canada to contribute to the project.

As would be expected, Michael Smith won many awards. Some of the more notable included:

1981:   Elected Fellow of the Royal Society of Canada

Michael Smith married Helen Wood Christie in 1960. They had three children but separated in 1983.

At a later date, Michael Smith met Elizabeth Raines and lived with her until his death.

With his Nobel Prize win, Michael Smith donated half of the prize money to a research project working on the genetics of schizophrenia, and the other half he donated to the BC Science World, and to the Society for Canadian Women in Science and Technology.

In 1999 when he won the Royal Bank Award, he donated the grant to the BC Cancer Foundation.