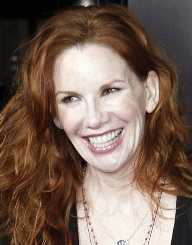 Born on May 8, 1964, Melissa Ellen Gilbert is an American actress and television director who started from a humble beginning as a child actress and grew to prominence with hard work. Her debut acting role was at age three when in the film, The Reluctant Astronaut, 1967. A year on, she made a television debut in The Dean Martin Comedy Hour, Gunsmoke, 1972 and Emergency, 1972. She also appeared in several television commercials afterwards. Gilbert played the role of Laura Ingalls Wilder NBC series, Little House on the Prairie in 1974.

Melissa Gilbert also featured in films like The Diary of Anne Frank and the Miracle Worker. Gilbert contested in the season fourteen of the dance competition show Dancing with the Stars in 2012. She fought and won the Democratic primary to run for U.S Congress in the 8th Michigan congressional district in 2016 but later dropped out on health issues. In 2001 to 2005, she served as the President of the Screen Actors Guild.

Melissa Gilbert was born on May 8, 1964, in Los Angeles, California to David Darlington and Kathy Woods. She was however adopted after her birth by Paul Gilbert, actor and comedian and Barbara Crane a dancer and actress. They also adopted a son, Jonathan. The family lived together until their divorce when Gilbert was just eight. She lived with her mother who later married Harold Abeles. Her adoptive father Paul died when she was 11 years. She played role in other films and television like Emergency, 1972, Tenafly in 1973

Adopted by a family who was already in the film industry, Melissa Gilbert was introduced into the industry at a very young age. She appeared in several television commercials for several brands including Alpo dog food. She made a film debut with a role in The Reluctant Astronaut in 1967 and later a television debut in The Dean Martin Comedy Hour Girl in 1968. From 1974 to 1984, Gilbert would play the role of Laura Ingalls in Little House on the Prairie beating 500 other child actresses to earn that role.

In 1983, Melissa Gilbert starred in the biopic Choices of the Heart as Jean Donovan, and several television roles followed, in 1993 she starred in three episodes of Babylon 5 as Anna Sheridan and briefly provided the voicing of Batgirl in the Batman: The Animated Series. She also played Caroline Ingalls in Little House on the Prairie in 2008 to 2009 and had since performed several other roles. She contested in the 14th edition of Dancing with the Star in March 2012 and was eliminated in the eighth week. She also became the President of the Screen Actors Guild in 2001.

Melissa Gilbert first dated Rob Lowe but broke up and has since married thrice. Her first marriage was to actor Bo Brinkman on February 22, 1988. They gave birth to son Dakota Paul Brinkman in 1989. In 1992 the couple divorced. She later dated Bruce Boxleitner and after the twice engagement breakup they got married in 1995. Gilbert in that same year delivered her second child, son Michael Garrett Boxleitner. She also became the stepmother of Boxleitner’s two sons, Sam and Lee. They separated on March 1, 2011, and officially divorced on August 22, 2011.

On April 24, 2013, Melissa Gilbert married her third husband, actor Timothy Busfield after their engagement on January 26, 2013. She released her autobiography Prairie Tale: A Memoir in 2009. Gilbert tax issues surfaced after she declared her intention to run for Congress in Michigan. It was revealed that she owes $360,000 in federal taxes and also $112,000 in California state taxes. She has since negotiated with the IRS for repayment.

Melissa Gilbert has won several awards, including Young Artist Award for Best Young Actress in a Drama in 1983 and 1984 for the series Little House on the Prairie. In 2000 she won a Golden Boot Award and TV Lands Awards for Most Memorable Kiss in 2006. In 1985, she was honoured with a star on the Hollywood Walk of Fame at 6429 Hollywood Blvd for her contribution to the television industry and in the Western Performers Hall of Fame at the National Cowboy & Western Heritage Museum in Oklahoma City.