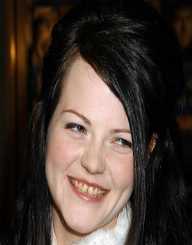 American drummer Megan Martha White, who is also known as a frequent singer, was born on December 10, 1974, in Grosse Pointe Farms, Michigan, United States of America. She is the second among the two daughters born to her parents Walter Hackett White, Jr. and Catherine White. She was raised in the wealthy upper-middle-class suburb of Detroit along with her elder sister. Quiet, shy and introvert from her early childhood,

Meg White attended Grosse Pointe North High School and excelled in her studies with a special liking for Arts subjects. She received her high school graduation in 1993, and to the utter amazement and shock of her parents and neighbors alike, she decided not to attend college and instead took employment of a bartender at Memphis Smoke, a barbeque restaurant of the neighborhood.

People of the neighborhood always believed that attending university is the universal choice after high school graduation and the decision of Meg White of not to attend university fuelled many gossips among them. She explained that her aspiration to become a chef is the main reason for such a weird decision.

While working at the restaurant, she met an aspiring musician Jack Gillis, a fellow high school senior from the neighboring Mexicantown. They instantly formed a rapport and started dating with frequent visits to the local coffee shops, record stores, and music venues. On September 21, 1996, Meg White married Jack Gillis. She was only 21 years old at the time of their marriage.

Her husband took an intriguing decision of adopting the surname of Meg White, in quite a reversal of tradition.

After the marriage, they started staying at Meg’s former family home in Detroit. Jack took a day job of upholstering furniture, a profession which he continued throughout the 1990s for eking out their livelihood.

During the night and on weekends, he used to play piano, guitar and mainly drum in several bands.

Meg White started accompanying her husband during his performances and began playing drums while Jack played the guitar, though she didn’t have any previous experience of playing the percussion instrument. They practiced their trade on the upstairs of their residence with the help of a set of drums provided by Jack. On the insistence of Jack, they soon formed a band of their own and named it ‘The White Stripes’.

They made their first appearance performing as a musical duo at a local Detroit nightclub called Gold Dollar in 1997. In the live performance, Jack played the guitar and also provided the vocals while Meg White assisted him by playing the drum.

They spent the next two years trying to get a foothold in the underground, garage rock music scene of Detroit-Michigan prevalent at that point in time. Their self-titled debut album was released in 1999.

The single of the album ‘The Big Three Killed My Baby’ attracted the attention of the critics and was admired effusively. However, the album failed commercially.

Meg White and Jack got divorced on March 24, 2000, due to their differences. The divorce didn’t in any way deter their musical tie which seemed to go on from strength to strength even after their divorce.

They released their second album ‘De Stijl’ a few months after their divorce. The album received overwhelming acclaim from both critics and the general audiences alike and was categorized as a cult classic.

The album quickly climbed to number 38 in Billboard's Independent Albums chart. The success of their second album made their band’s name famous outside Detroit for the first time.

The unusualness of their band with no bass player and a drummer who has just started to learn the trick of the trade attracted the fascination of many people and evoked mixed response among the critics as well as among the fans.

The simplicity of the drumming style of Meg White with an occasional explosive overture made her a drummer of one of a kind who was admired and loved by many music stalwarts.

With their second album slowly getting the favorable commercial response in its journey of becoming a cult classic in the coming days, the Meg White duo released their third album ‘White Blood Cells’ in 2001.

The album featured their first hit song "Fell in Love with a Girl." The album was voted by many publication houses as the best album of the year. The fourth album from the stable of The White Stripes, ‘Elephant’ was released in 2003.

The omnipresence of its lead single “Seven Nation Army” and the contagiously irresistible, catchy yet puerile simplicity of its tune, made it a hot favorite of an entire generation of guitar-loving upcoming rock stars.

The album went on to win the Grammy Award for Best Alternative Album while the single ‘Seven Nation Army’ won the Best Rock Song Award. What followed was a magnificent success story of the divorced couple. Their next album, fifth from the stable of The White Stripes, "Get Behind Me Satan" was released in 2005.

The album presented an entirely different approach with more focus on piano than the electric guitar and produced a marked deviation in sound than their earlier albums. On the strength of the lead single ‘Blue Orchid’, the album won them their second Grammy

Their unstoppable juggernaut rolled on when their next album ‘Icky Thump’ (2007) won the Grammy Award for their third consecutive album in the same category. The album featured the singles ‘Icky Thump’, ‘You Don't Know What Love Is (You Just Do as You're Told)’ and ‘Rag and Bone’.
The White Stripes disbanded on February 2, 2011, citing a plethora of reasons.

Meg White married guitarist Jackson Smith on May 22, 2009, in a simple ceremony. The host of the marriage function was her former husband, Jack White. However, the couple got divorced in 2013.

The incredible achievement of Meg White from a shy, quiet, humble natured introvert girl without any musical training to a four-time Grammy Award-winning band member is a living example of her simplicity and willpower and her extraordinary skill as an accomplished drummer.