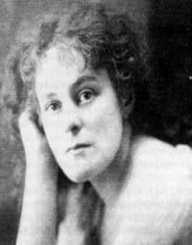 Maud Gonne MacBride was born on December 21, 1866. She was a revolutionary and actress. She is popular for how she dedicated herself to the implementation of the Home Rule. She died on April 27, 1953, at the age of eighty six.

Maud Gonne MacBride was born on December 21, 1866, in England. She was born to Captain Thomas Gonne and Edith Frith Gonne. Her mother died while she was still young. She attended a boarding school in France for education.

In 1882, Maud Gonne moved with her father to Dublin where he has been posted since he was an army officer. She stayed with her father until his death. She later went back to France where she got romantically involved with a politician, Lucien Millevoye. Together they agreed to fight for the independence of the Irish. They also decided to regain Alsace Lorraine for France. She later went back to Ireland where she fought and advocated for the release of Irish political prisoners.

In1889, she met William Butler Yeats. William later fell in love with her. In 1890, she returned to France and together with Lucien they had a son and named him Georges. In 1891, their son died from meningitis. A few years later, she gave birth to a daughter. In the same year her son died, she joined the Hermetic Order of the Golden Dawn which was a mysterious organization. Maud and Lucien separated after the death of their son.

In 1893, they met in a mausoleum and had sexual relations. Maud Gonne believed that if she had sex with Lucien and conceived then the soul of her son would incarnate into the unborn baby. In the 1890s, Maud travelled a lot throughout England, the United States, Scotland, and Wales advocating for a nationalist cause. In 1896, she founded the organization, Irish League.

In 1899, Maud Gonne ended her relationship with Lucien permanently. Maud fought to preserve the culture of the Irish people during the time they were being colonized by British.  She later ventured into acting. In 1902, she played a role in Yeat’s play ‘Cathleen Ni Houlihan.’ In the same year, she became a Roman Catholic. She, however, refused to accept Yeat’s marriage proposals since he was not willing to convert to Catholicism. Later in her life, she got involved with the Friends of Soviet Russia Organization.

In 1903, Maud Gonne got married to Major John MacBride. John was the leader of the Irish Transvaal Brigade. In 1904, she gave birth to their son, Sean MacBride. They later agreed to end their marriage, but they did not divorce. Maud raised her son along in Paris. In 1916, he husband was executed. In 1918, Maud, her daughter, and Yeats returned to Ireland. In the same year, she was arrested and imprisoned in England for six months.

In 1922, she settled in Dublin but continued to fight for the rights of women, children and Irish people. In 1938, she published her autobiography ‘A Servant of the Queen.’ Her son Sean was an active politician in Ireland. He was one of the people who established Amnesty International. In 1974, he received the Nobel Peace Prize.

Maud Gonne died on April 27, 1953, in Clonskeagh. She died at the age of eighty six. Her remains were buried at Glasnevin Cemetery in Dublin.