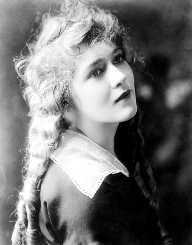 Mary Pickford was a motion picture actress. She was a Canadian-American who began a motion-picture extra at D.W. Griffith's Biograph Studio. She switched permanently to the Screen with Adolph Zukor’s Famous Players Company. She went on to become very famous and rise to the star. She then owned her production company which was attributable to the phenomenal popularity of her films. Her dedication to her craft as well as her meticulous care in doing a very quality entertainment made her films stand out among equals.

She was known to have being established as one of America’s Sweethearts when it comes to movie performance. Mary Pickford was paid an exorbitant fee of $350, 000 per film at some point in her life. Her popularity kept on waxing stronger and stronger winning a lot of awards. However, with the outset of talkies, she had to retire from acting due to waning popularity.

Mary Pickford was born in Toronto, Ontario as Gladys Marie Smith on April 8, 1892. She worked on a lot of odd jobs as a young girl. She had two younger siblings who are Jack and Lottie. Her father was an alcoholic father who left his family in 1895. He, however, died of a cerebral hemorrhage three years later. Mary was given two small roles to perform as a girl and boy in the production of The Silver Kind at the suggestion of a theatrical stage manager.

Mary’s career was very much successful. She acted many melodramas with Toronto’s Valentine Company before she finally got a major child role in The Silver King. She later got herself a supporting role in 1907 play, The Warrens of Virginia. She assumed the stage name of Mary Pickford upon the insistence of the producer. She later went ahead in performing exceedingly well in her first movie, Her First Biscuits. This movie was directed by Griffith and was signed by Biograph Company for a rate of $10 per day in 1909. Mary kept working hard and trying to do everything to put herself into the limelight. She traveled with Biograph Crew to Los Angeles where her film was advertised with a caption The Girl with Golden Curls and Blondilocks. It was during this period that the audience is identifying her. In 1911 he left Biograph to work with Carl Laemmle who paid her $175 per week. Her stay was very short in Independent Moving Picture as she had to return to Giffith in 1912 where she performed exceedingly well.

Mary Pickford did a lot of works with Griffith and Biograph Picture before she shined as a very fine actress in Caprice in 1913. She later signed a contract with Zukor in 1916 and with whom she did films like The Poor Little Rich Girl and Daddy-Long-Legs. By 1920, she made her first motion picture for United Artist, and this melodrama grossed over 1.1 million dollars. It was said to be her most defining pictures. In 1921, Mary Pickford played dual roles in Little Lord Fauntleroy as Cedric Errol and Widow Errol. Later on, her film grossed over 1 million dollars in 1923 and earned a lot of praises from the audience and critics. Sooner, she had hits like Sparrows and My Best Girl. However, when Coquette, her first talkie was produced in 1929, she had a box office. This helped launch her as a very sound actress. She won a second Academy Award for the Best Actress. However, her career started waning as talkies become more popular. In 1933, she decided to retire from acting.

Her major works were the 1914 drama, Tess of the Storm Country. She played her role perfectly that she became of the most famous actresses in America. Five years later, Mary Pickford formed the Independent Film Production Company United Artists with which she produced her film, perform as well as distribute.

In 1930, Mary Pickford got nominated for an Oscar for her performance in her movie Coquette. Her performance earned a lot of acclaims as well as rave reviews. She could see also silent people who accused her of lobbying for the award. In 1976, she got a lifetime achievement Oscar in recognition of her unprecedented contributions to the film industry.

Mary Pickford happened to be unlucky with marriages as she had to marry three times. She married Owen Moore, Douglas Fairbanks and later Buddy Rogers. She adopted two children – Roxanne and Ronald Charles. She became an American citizen after she married Douglas in 1920. She later got granted Canadian citizenship later in life. However, she became alcoholic and later died of cerebral hemorrhage.