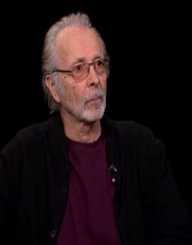 Herb Alpert is an accomplished musician, producer, director, and philanthropist. He is also known for his blending of various musical styles.

He was born in 1935 and raised in Los Angeles. The parents were Jewish immigrants from the eastern part of Europe. His father was from Ukraine, while the mother came from Romania. Alpert found himself in a musical family. The father played the mandolin; the violin was played by the mother. David, his elder brother was an excellent drummer. Alpert picked up trumpet lessons in his childhood.

He graduated from Fairfax High School in 1952 with a diploma. Then he joined the US army. Alpert performed in many military ceremonies, as a member of the army band. After his service in the army, he decided to pursue his music career. Their garage was his first rehearsing and recording studio. With his trumpet, he would try to blend in tunes. He had his first success when he joined Keen Records. At Keen Records, he teamed up with Lou Alder to write their first hit songs. In 1959, they wrote Baby Talk, sung by Jan and Dean. The following year, they composed Wonderful World, sung by Sam Cooke.

The pairing between Alder and Alpert was short lived. Alpert left to form his own band. It was called Herb Alpert and the Tijuana Brass. He also co-founded a recording entity with his friend Jerry Moss. They named it A&M Records. It is at this record company where Alpert did his recordings. He rose to fame with songs like The Lonely Bull, A Taste of Honey among others. His music was a blended flare of instruments. He experimented with Latin, Jewish, Mexican musical instruments. In 1965, his band was popular than the Beatles. They sold 13.5 million albums. He also had success as a solo musician.

He disbanded the Tijuana Brass in 1969. With the absence of Tijuana, A&M record relied on budding musicians. It had a host of them. New names like Joe Cocker, Cat Stevens, The Carpenters and others came up. Alpert made another milestone in 1979. With his song The Rise, he got the number one spot as a vocalist and instrumentalist. As a solo artist, he incorporated other artists in his recordings. This helped him release hit singles from the1960s to the 1980s. Alpert and Moss sold the record entity to PolyGram Records in 1987.

In his music career, Alpert won 7 Grammy Awards. Some of them are Record of the Year, and Best Jazz Instrumentalist in 1965. The Best Non Jazz Instrumentalist in 1966 among others. He also has an honorary doctorate Degree from Berklee School of Music, for his support to the industry. At Hollywood Hall of Fame, he has a Star in his name. In 2013, he was awarded National Media Award by President Barack Obama at the White House.

Alpert founded The Herb Alpert Foundation. It helps the youth in Arts and other environmental activities. The Alpert Awards in the Arts is another organization he started. There is also the UCLA School of Music which he does fund. Apart from the mentioned, Alpert also gives donations worth millions of dollars to many institutions across the US. All this is in support of arts and music.

In his first marriage, he had 2 children with Sharon Mae Lubin. The children were a daughter Eden and their son Dore. Their union started from 1956 to 1971.

He remarried his present wife in 1973. Her name is Lani hall. They have a daughter called Aria Alpert. Aria took up acting instead of music.

In his quiet time, Alpert likes collecting carvings, paintings, and other art materials.

Unlike many other musicians, he was born into a musical family. Favored as many would say, he did not sit content. This leverage helped him in experimenting with other genres of music. He made a special taste in music that appealed towards many. At a young age, he created a record company. His influence cut across all generations. The late Notorious BIG incorporated part of Alpert's song in his recordings. He was not timid. Alpert was daring and adventurous in his production of music.