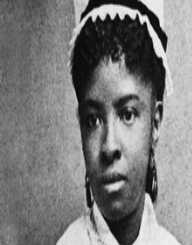 Mary Eliza Mahoney was born on May 7th, 1845. Mahoney rose to fame for being the first African-American woman in the United States to learn and work professionally as a nurse. She graduated from her nursing classes in 1879. Growing up in a white-dominated society, she earned high acclaim for graduating in a nursing school. Besides this, she was an activist as she fought against discrimination in the nursing field. Together with Adah B. Thoms, Mahoney co-established the National Association of Colored Graduate Nurses- NACGN in 1908. Later on, in 1951, NACGN combined with American Nurses Association.

Mary Eliza Mahoney was born on May 7th, in 1845. Her birthplace was in Dorchester in Massachusetts. Her parents were initially slaves in North Carolina and that they had moved to reside in Boston after being freed. The main reason for their shift was to live in an area with less discrimination. Mahoney was their eldest daughter in a family of three children.

With time, Mary Eliza Mahoney enrolled with Philips School. This was an integrated institution located in Boston. Right from a tender age, Mahoney was passionate about being a nurse. At some point, she went on to work at the New England Hospital for Women and Children. She worked here for 15 years. Accordingly, she was accepted into its nursing school. This was a major landmark for her in her career. This was for the reasons that she was the first woman in the United States. During this time, she had clocked 33 years in 1878.

Mary Eliza Mahoney went for her training for one year. To graduate, she had to be guided by medical experts while gaining experience as she worked in different hospitals. Ultimately, she graduated in 1879. This meant that she was a registered nurse. She was the first African-American woman to achieve this feat in the US.

With her achievement as a registered nurse, Mary Eliza Mahoney began working as a private nurse which earned her reputation from all over. She mainly worked for rich white individuals. Those that got the chance to be served by her praised her for her nursing proficiency. Consequently, certain families could insist that Mahoney sit down and have dinner with them. In spite of this, she upheld her humility and only ate in the servants’ quarter.
In 1911, Mahoney took the role of a director to Howard Orphan Asylum situated in Kings Park in the New York City. This was a home that took care of colored children that had initially been slaves.

Earlier on, in 1896, she had joined the Nurses Associated Alumnae of the United States and Canada- NAAUSC as one of its original members. This organization was later changed to American Nurses Association – ANA. A disadvantage here to the African-Americans was that NAAUSC was not welcoming to African-American nurses. For that reason, Mahoney thought of establishing a new nursing association that was friendlier. Therefore, in 1908, she co-founded National Association of Colored Graduate Nurses- NACGN.

Through this association, Mary Eliza Mahoney and its members pushed for equality in the society. They strived to protect the minority and also to ensure that racial discrimination in the nursing field was abolished.

Mary Eliza Mahoney never got married. In 1923, she was diagnosed with breast cancer. In the later stages of her career, she continued to fight for women’s equality and showed support to women’s suffrage. After women’s suffrage was attained in 1920, she lined up as among the first women to vote in Boston.

Mary Eliza Mahoney passed away on January 4th, in 1926. She was 80 years old when she died.