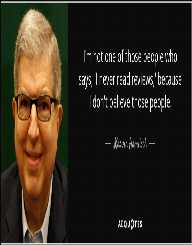 Marvin Hamlisch was an American singer, composer, and conductor. Born on June 2, 1944, he was one of the only twelve people to win awards in the four prestigious awards events known as the EGOT: Emmy, Grammy, Oscar, and Tony awards. Hamlisch is also one of the only two people to have won an EGOT and a Pulitzer along with Richard Rodgers. He also served as the conductor for the likes of Seattle Symphony, The National Symphony and Pops and Buffalo Philharmonic Orchestra.

Marvin Hamlisch was born on June 2, 1944, in Manhattan to Lilly (née Schachter) and Max Hamlisch. His parents were both Viennese born Jews. Max was an accordionist and a bandleader. Hamlisch was very intelligent as a kid and at age, he was already imitating a piano song he heard on the radio. He started his education at what is currently the Juilliard School Pre-College Division in 1951 some few months before his seventh birthday. He later enrolled at Queens College, where he graduated with a Bachelor of Arts degree in 1967.

Hamlisch started his musical career as a rehearsal pianist for Funny Girl with Barbra Streisand. Producer Sam Spiegel later gave him a job as a piano performer at Spiegel’s parties. It was during this period that he did his first film score, The Swimmer.

Hamlisch's did several compositions in his early career but had his first hit when he was 21. He had previously written the song"The Travelin' Life",(originally titled "Travelin' Man") for Liza Minnelli, for her debut album. In 1965, he co-wrote the song, Sunshine, Lollipop, and Rainbows, along with Howard Liebling and recorded by Lesley Gore. The song became a hit peaking at No. 13 on the Billboard 100. They also wrote the song California Nights for her, which she released on her hit album of the same name in 1967. Hamlisch composed several songs for Woody Allen films including Take the Money and Run and Bananas.

In the 1970s he did works including an adaptation of Scott Joplin’s ragtime music for the motion picture The Sting, including The Entertainer used as the theme song. The song was a hit selling over 2 million copies in the US, peaked at No. 1 on Billboard’s Adult Contemporary chart, at No. 3 on the Hot 100, and won an Academy Award. In 1973, he did the title song and score for the motion picture The Way We Were, winning two Academy Awards and two Grammy Awards for it. He wrote the theme song for Good Morning America in 1975, along with his then-girlfriend, Carole Bayer Sager he co-wrote Nobody Does It Better for The Spy Who Loved Me, 1977. His other works include the scores for Ordinary People, 1980, Sophie’s Choice, 1982, A Chorus Line, 1986, The Informant, 2009 and the score for HBO film Behind the Candelabra in 2013.

Hamlisch played the piano for Groucho Marx’s An Evening with Groucho at Carnegie Hall in 1972, during which he also acted as a straight man and accompanist as Marx recalls his career in the showbiz. His next major work was a score for the Broadway musical, A Chorus Line, 1975, winning him a Pulitzer Prize and Tony Award. In 1978, he composed the score for musical They’re Playing Our Song, Jean Seberg, 1983, Smile, 1983, which were all not successful.

Aside for his film and musical works, Hamlisch was also a conductor. He served as the musical director and arranger of Barbra Streisand's concert tour of the U.S. and England in1994. He also worked with her forthe television special, Barbra Streisand: The Concert, winning two Emmys. He conducted tours of Linda Ronstadt including the Dedicated to the One I Love tour of arenas and stadiums in 1996. Hamlisch was the Principal Pops Conductor for the Milwaukee Symphony Orchestra, the San Diego Symphony, the Pittsburgh Symphony, the Dallas Symphony Orchestra, and The Pasadena Symphony among several others.

Hamlisch married Terre Blair in 1989. She was a weather and news anchor for WSYX-Channel 6, Columbus, Ohio an affiliate of ABC. He had previously dated lyricist Carole Bayer Sager and that relationship inspired the musical They’re Playing Our Song. Hamlisch died on August 6, 2012, from a respiratory arrest.

Hamlisch has won several awards and became one of the only twelve people to have won an EGOT, (Emmy (four times), Grammy, Oscar and Tony Awards). He won a Pulitzer Prize for Drama in 1976, which he shared with Nicholas Dante, Michael Bennett, Edward Kleban, and James Kirkwood. He has two Golden Globe Awards and a Lifetime Achievement Award in 2009. Hamlisch is an inductee of the Long Island Music Hall of Fame, 2008 and the American Theater Hall of Fame, 2008.