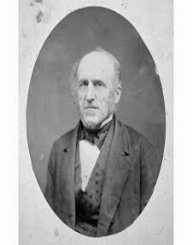 Born on 4th February 1802 Mark Hopkins was a famous American Congregationalist theologian, an educator and the president of Williams College for 36 years. He taught among others, President James A. Garfield.

Mark Hopkins was born on 4th February 1802.  He was born in the city of Stockbridge, Massachusetts.

Congregation's church, in the year 1833 gave Mark the license to preach. He preached his entire life; this task contributed a lot to his election in the Presidency of the Williams College in the year 1836. He became famous after using his spiritual teachings to form a place called the course at the institution. The course helped administer lessons to both students and graduates on how to be of sound character and disciplined minds.

Hopkins introduced the use of diagrams and models to explain difficult points as a teaching technique during those days which earned him fame among his students. He retired as the Colleges President in the year 1872.

In the year 1857 to the year 1887, he was the president of the American Board of Commissioners for Foreign Missions.

Mark Hopkins was married to one wife, Mary Hubbell in the year 1832. They had a total of ten children. Henry Hopkins, one of his sons’ became the president of Williams College.