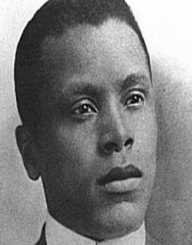 Oscar Micheaux is considered the pioneer producer of Afro American movies in the US.

Historical sources place Oscar Micheaux' birthday as January 2, 1884. At his birth in Metropolis, his parents named him Oscar Devereaux Michaux. Later on in life, he changed his last name to Michaeux. His parents, Calvin and Belle Michaux were former slaves and had thirteen children. Oscar was the fifth in the family.

As with many former slave families, giving a decent life was a huge constraint. The lack of a stable income meant that Micheaux had to drop out of school at an early age. Buoyed by the determination of self-actualization, he left his hometown for Chicago. He did several low-income manual jobs. At last, he got a porters job at the train station in 1901. The traveling exposed him to diverse cultures and scenarios.

In 1904, Micheaux had saved enough money to help him settle in South Dakota. He acquired a piece of land measuring 500 acres and became a landowner.

His settling in the farm motivated Oscar Micheaux to start writing. His first book was The Conquest. In the 1913 publication, he narrated the triumphs and struggles of his journey to financial freedom. The American depression, coupled with a severe drought made Micheaux lose out his farm.

Soon after, he relocated to Iowa. He settled near the native Indian reserve of Sioux. With the money he had saved, he opened up a low-cost publishing company. He named it the Western Book Supply Company. Micheaux went on to publish and distribute his novels in his locality. His style of direct marketing proved superior.

He simply merchandised his books from one house to another, throughout his mostly white neighborhood. By this time, he had published three books. In addition to The Conquest, he had The Homesteader released in 1917. The third book was The Forged Note.

Oscar Micheaux' breakthrough came in 1918. His book The Homesteader got an invitation for a movie adaptation. Though the negotiations never materialized, the idea of filmmaking got his attention. Typical of his relentless spirit, he established his entity Micheaux Film and Book Company.

With no prior experience in film production, he went to produce motion over 40 motion pictures. He became an instant celebrity figure in the black community. The black community loved the way his movies portrayed them, contrary to the stereotyped racial prejudice of segregationist Hollywood then.

Oscar Micheaux was very critical of every subject. He tackled the issues of the society from crime, racial discrimination, hypocrisy in the church, to black emancipation. To remain relevant to his audience, Micheaux used the leading black actors in his productions. The unique black only cast, narrating the everyday stories of the black community endeared his films all over the US. He was informative as he was provocative in his movies.

He exposed the emotive racial relations in the movie The Homesteader. In this 1919 movie, the lead actor refuses to marry a white woman. His refusal is informed by the notion that having a mixed marriage is a gross betrayal to his African heritage. Other racial based productions are Within Our Gates done in 1920, Birth of a Nation, the Dungeon in 1922, The Conjure Woman in 1926, The House Behind the Cedars in 1927, Veiled Aristocrats in 1932, and Betrayal in 1948. In his film production career spanning over four decades, Micheaux released over 43 films.

Oscar Micheaux was married to Orlean McCracken from 1910 to 1917. The union ended on her death. Micheaux then remarried again, this time to actress Alice Russell. The couple stayed together from 1926 to 1951, upon the death of Micheaux.

Oscar Micheaux passed on in Charlotte, North Carolina aged 67. His death occurred after a cardiac arrest on March 25, 1951. His remains were interred at the Great Bend cemetery in Kansas.

With no substantive formal education, Micheaux was a self-driven person. His zeal to succeed in what he did drove him to venture into virgin territories. He dealt with taboo issues in the society, thus creating a constructive debate on them. Many decades after his demise, Colleges in America still promote his works.