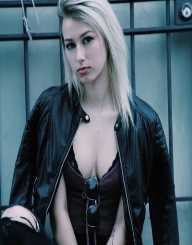 The inception of social media and the benefit it comes with has not been left to chance by the youth of today. People are taking all means to sell their talent to the world through social media and by that have gained popularity. Gone are the days where people found it difficult to showcase their talent because using the traditional media was expensive and they lacked support. Today with the creation of a social a media account, one is set to go, and that is what the likes of Maddie Welborn have done.

Maddie Wellborn is a famous American social media enthusiast. Born on September 14, 1998, she is best known for her presence on YouTube and, Vlog,  YouNow. The up and coming social media star has gained lots of fans and has become one of the popular of Musical.ly. Welborn has gained attention with the hilarious videos she posts on her channel. With her constant postings, Welborn never disappoints fans and followers and with this they returning for more.

Maddie Welborn was born on September 14, 1998, in Aledo Texas in the United States of America. Much is not known about her childhood life, family and education, but is it certain that she has a sister, Ally who normally appears in her videos.

Maddie Welborn, took advantage of social media to share her thoughts and sentiments on pressing issues with like thinkers. With this, she started with YouNow channel to share videos on her thoughts. With her no-nonsense point of view, she has gained more than 7 million views on her YouNow channel. Her videos sum up some aspects of her personal life like driving, banking sessions and her trademark of replying abusive comments on her Maddie's channel. With her growing popularity, she has also taken advantage of other social media networks like YouTube, Instagram, and Musical.ly.

She has two YouTube channels Maddie and More Maddie. The 18 years social media star is mostly seen in reacting to rude comments and taking up challenges like Roast Yourself and tough food challenges on the Maddie channel. With her second channel, More Maddie, she posts her daily vlogs. Welborn is relentlessly upping her game to become one of the topmost stars on social media and has since left nothing to chance. In the Video, I Have a Boyfriend, video, Maddie introduced her new boyfriend, Tyler to her subscribers. The video treats subscribers her love affair and how she fell in love with Tyler, things they share together and the fact that they currently live together.

Maddie's presence on YouTube has been interesting yet challenging as she sometimes put herself in a tight corner to do thing people may normally not do. She does anything just to keep her subscribers and ensure she is always in touch. On her YouTube channel, Maddie took The Strip-Down Challenge on April 26, 2016. In the video, she shows her natural face without makeups and with no her do as she speaks honestly to her audience. The up and coming star puts all her stardom aside and in a way motivates subscribers and other viewers about her life reviewing how fallible she is and times thatsheharbour hatreds. In the 10 minute video, she tells her fans to remain focus and believe in themselves.