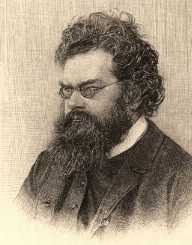 Physicist and mathematician Ludwig Boltzmann was born on 20 February 1844 in Vienna, Austria into a middle-class family.

Ludwig Boltzmann obtained his doctorate from the University of Vienna in 1866. His thesis was on the kinetic theory of gases and was supervised by Josef Stefan.

Once he had his doctorate, Ludwig Boltzmann became Joseph Stefan’s assistant. Stefan subsequently became his friend and mentor. He was appointed Professor of Mathematical Physics at the University of Graz in 1869.

In 1873, he accepted the chair of mathematics at the University of Vienna where he spent three years. He returned to the University of Graz as director of the Physics Institute in 1876. In 1894, Boltzmann returned to Vienna to the chair of theoretical physics. His mentor and teacher Stefan had died, and Boltzmann filled his position. Shortly afterward Ernst Mach joined the university as chair of history and philosophy of science and the two men did not get along. By 1900 Ludwig Boltzmann was in at the University of Leipzig, working with one of his scientific opponents Wilhelm Ostwald. Despite their scientific differences, the two men got along well and were friends. In 1901, Boltzmann retired due to ill health.

Ludwig Boltzmann made his name in the world of science with his application of probability theory to the study of molecules in a gas. His theory went on to explain the thermodynamic properties of materials. He was also an early advocate of atomic theory which later led scientists to understand quantum mechanics.

He was one of the first scientists to understand the value of Maxwell's electromagnetic theory.

Ludwig Boltzmann suffered from bouts of deep depression and mood swings throughout his adult life. On the 5 September 1906, while on holiday with his family in Duino, near Trieste in Italy, he committed suicide by hanging himself. He was sixty-two years of age, his health was failing, and he was exhausted from having to defend his work. It was not long after his death that his work gained acceptance and recognition.