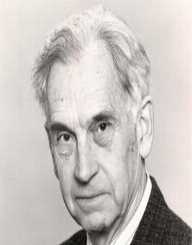 Igor Tamm was born on July 8, 1895. He was a physicist and a mathematician. In 1958, he received the Nobel Prize in Physics.

Igor Tamm was born July 8, 1895, in the Russian Empire. He was born to Evgenji Tamm who was an electrical engineer and Olga Davydova. He attended a gymnasium in Yelizavertgrad. He later moved to the United Kingdom. In 1913, he joined the University of Edinburg with his friend Boris Hessen. In 1914, he volunteered in the army as a field medial person. In 1917, he became a campaigner against the war. In 1918, he finished his BS in Physics from the Moscow State University.

In 1923, he completed his first scientific paper titled ‘Electrodynamics of the Anisotropic Medium in the Special Theory of Relativity.’ In 1924, he became a lecturer at the Moscow State University in the Physics Department. Tamm later became the chairman of theoretical physics at the University. In 1928, he worked with Austrian and Dutch theoretical physicist Paul Ehrenfest at Paul’s laboratory in Leiden University, Netherlands. In 1932, he published a paper conceptualizing surface states, the electronic states found at the surface of materials. In 1933, he became a corresponding member at the Russian Academy of Sciences. In 1934, he joined the Lebedev Physical Institute, Moscow where he became the head of the theoretical Department.

In 1934, he suggested that the interaction of proton and neutron can be elucidated as an exchange force transferred by a huge particle that was not yet identified. Tamm established Cherenkov Radiation which illustrates that blue light is emitted when charged particles travel with high velocity, faster than light, through a particular medium in collaboration with Frank and Cherenkov. In 1945, he developed the Tamm- Dancoff approximation method. In 1953, he became a full member of the Russia Academy of Sciences. He was also a professor of J. M. Sverdlov Communist University and Crimea State Medical University. He wrote several books including ‘Selected Papers,’ ‘On the Magnetic Moment of the Neutron,’ ‘Theory of Electronics’ and ‘Relativistic Interaction of Elementary Particles.’ He was also a foreign member of the Swedish Physical Society, Polish Academy of Sciences and American Academy of Arts and Sciences.

In 1958, he received the Nobel Prize in Physics together with Cherenkov and Ilya Frank for explaining the real cause behind the Cherenkov Radiation.

In 1917, Tamm married Natgaliya Shuyskaya with whom he had two children, Irina and Evgeny. He was an atheist. He died on April 12, 1971, in Moscow, Russia. He died at the age of seventy five.