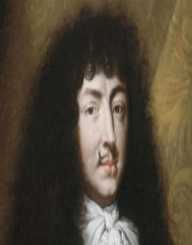 Louis XIV was a former king of France born on September 5th, 1638. He was in power from 1643 till 1715 when he took his last breath. He is best remembered as Louis the Great or the Sun King and a member of House of Bourbon. The great ruler was a great advocate of the right of royalty. As a child, Nicolas V de Villeroy a nobleman tutored him. He was a great supporter of several authors, the likes of playwrights Moliere and Jean Racine.

Louis XIV was born on September 5th, 1638. His place of birth was in Saint-Germain-en-Laye in France. He was the son of Louis XIII and his wife Anne of Austria who had been together for 23 years in marriage. Apparently, Louis XIV survived his birth, unlike the stillbirths his mother had previously encountered. Since 1619 to 1631, Anne had four stillbirths. Therefore, Louis XIV brought great joy to his parents and regarded him as God sent miracle.


Accession To The Throne

On May 1643 when Louis XIV was 4 and half years old, Louis XIV his father passed on. Therefore, the only heir to the throne, Louis XIV had to succeed his father. Unfortunately for the young newly crowned king of France, his country was in turmoil. The government of France was quite unstable at the time.

At the age of 10, in 1648, Mazarin was his chief minister. In this year, the Parlement of Paris tried to overthrow the king which led to Fronde, a civil war. Luckily, in 1653, Mazarin won the war but not after great starvation and poverty of the citizens of France. For the rest of the reign of Louis XIV, Mazarin held great power. However, upon his death in 1661, Louis XIV regained full control as the king for he was now of age, in his 20s.

Louis XIV then exercised his powers first by bringing in industrial reforms to his country that had suffered enough. He also organized the tax system of his country, which was quite disorganized by the time. The government of France gradually began gaining stability through his reforms. Furthermore, he embraced arts by establishing programs that brought art to the French culture.  This is how the Academy of Inscriptions and Belle-Lettres came into existence in 1666.

Louis XIV signed a marriage contract with Maria Theresa of Spain in 1660. However, Louis XIV was unfaithful to his wife by having several mistresses.  The couple was blessed with six children. Sadly, out of those children, only Louis, le Grand Dauphin survived to adulthood. He was commonly referred to as Monseigneur.

Later in 1683, Maria passed on. Louis XIV had several children with his mistresses. His second wife was Françoise d'Aubigné, a union that was done secretly but remained an open secret till 1715 when the king died.

Louis XIV succumbed to gangrene on September 1st, 1715 in Versailles, France. He was 76 years old at the time, and just a few days to become 77. Louis XV, his great-grandson succeeded him in the throne at the age of 5.