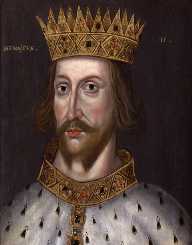 Louis I The Pious

The Ecclesiastical King: Louis I the Pious

Louis the Pious was born as Louis I on 16 April, 0778 A.D. in Carolingian villa of Cassinogilum, Chassineuil Poitou, Western France. He was the third son of Charlemagne and his second wife, Hildegarde. His two elder brothers were Charles and Pepin. He grew up in Aquitaine (present-day France) and received a good quality clerical education. In 0781, his father Charlemagne assigned Louis as the designated King of Aquitaine.

The two other brothers were also assigned the inheritance of equal territories within the empire. They were made responsible for safeguarding the border of their kingdom. They were even supposed to be well acquainted with the local customs and traditions of the area under their share. Louis was entrusted with the responsibility of keeping a vigil on the Spanish March, a military frontier buffer zone between Aquitaine and the Moors in Al-Andalus.

Louis the Pious seized back Barcelona from the Moors, captured by them two years earlier in 0801 A.D. In 0806 A.D., Charlemagne divided his empire according to the assigned inheritance between his three sons. Louis was made the King of Aquitaine. His empire included Burgundy and the Spanish March. Over the next two years, both his elder brothers, Charles and Pepin died leaving Louis, the sole heir to the empire. In 0813 A.D, one year before his death, Charlemagne personally crowned Louis as co-emperor according to the tradition followed by the Byzantines. The following year saw the death of Charlemagne leaving Louis as the sole ruler of the entire Frankish Kingdom with all its possession.

After receiving the empire and establishing himself at the imperial court at Aachen (Aix-la-Chapelle), Louis the Pious showed his inclination towards the asceticism of religious life. He immediately started getting rid of those people from the court whose morals or conducts were suspected. He sent his sisters to a convent. The other women of the palace, who were part of his father’s entourage, were sent to exile.

Louis the Pious brought in Benedict of Aniane as his chief counselor on religious matters and made him the abbot of the nearby monastery of Kornelimünster. A priest was made the chief official of the palace. Bernard of Septimania and Ebbo, the Archbishop of Reims, were also brought in as his ecclesiastical advisers. Steps were taken by Louis to place his kingdom under the protection and approval of the church. He encouraged the theory of papal supremacy by requesting the Pope to recrown him as emperor thus created the tradition of the Pope personally bestowing the imperial title.

In 0817 A.D., following his father’s example and Frankish traditions, Louis the Pious divided his empire between his three sons and named his eldest son as his successor and superior to the other two. However, the formula did not elicit the required response and initiated a series of conflicts between his sons and other relatives. Louis had also named his nephew Bernard of Italy as the suitable inheritor of the Italian throne.

However, when his nephew’s greed of ruling became an obstacle in his path, Louis the Pious got rid of him by blinding him. Unable to bear the trauma, his nephew died leaving Louis in a shock. For achieving atonement of the sin, the petrified Louis performed a penance before the Pope. But the problem of inheritance was further intensified and got complicated with the birth of his fourth son from his second marriage. Provoked and persuaded by his second wife Judith, Louis was compelled to re-divide his empire to provide for his infant son Charles.

In 0829, the reapportionment took place which favoured his six-year-old son Charles, who received much of Germany as his share. The other three sons from his first marriage, especially his eldest son Lothair, confronted the decision and rose in revolt. Louis the Pious was forced to surrender his kingdom to Lothair after being captured by his sons at Compiègne. However, constant squabbling and disunity among the rebel brothers enabled Louis to regain his crown.

In a second attempt, Lothair again revolted in 0832 A.D. and with the support of the Pope, Lothair was able to wrest control of the kingdom. Though Louis was thoroughly humiliated at a council at Soissons attended primarily by the Bishops supporting Lothair and the concept of Imperial unity, Louis the Pious was once again reinstated as Emperor by the support of his other sons.

His second eldest son Pepin died in 0838 A.D. After that, Louis the Pious again re-divided his kingdom between his three surviving sons. His third son called Louis the German was allocated only the region of Bavaria as his share, and the rest of the kingdom was equally divided between Lothair and Charles leaving Lothair with Italy and the land east of the Rhone-Saône valley. Charles got entire Western France. In spite of the appeasement policy adopted by Louis towards his sons and immediate relatives, internal strife and shifting allegiances continued throughout his reign and into subsequent generations.

Louis the Pious, Louis the Fair and Louis the Debonair are a few monikers Louis gained in his life. Louis married Irmengard around the year 0794/0795 A.D. He had three sons from this marriage, Lothair I, Pepin of Aquitaine and Louis the German. Irmengard passed away in 0819 A.D. Louis married Judith of Bavaria a few months after the death of his first wife. He had his fourth son, Charles the Bald from the marriage.

Louis fell ill after winning the last civil war against his sons and went to his summer hunting lodge on an Island in the Rhine. He died there on June 20, 0840 A.D. He was interred in the Abbey of Saint-Arnould in Metz.