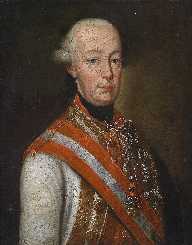 Leopold II was the crowned King of Bohemia and Hungary of the Holy Roman Empire. He was birthed from the Royal Family and held several titles such as Holy Roman Emperor, Grace of God, Archduke of Austria, Grand Prince of Transylvania, Prince of Brabant, and the Duke of Burgundy to name a few. He died at the age of 44 on 17 December 1909, in Vienna. Speculations regarding his cause of death range from being secretly murdered to being poisoned.

Leopold II married Infanta Maria Luisa of Spain, the daughter of Maria Amalia of Saxony and Charles III of Spain, on August 5, 1764. All in all, he had sixteen children comprised of eight sons and eight daughters. His eldest son, Emperor Francis II, succeeded his throne. It is widely known that Leopold has had several extra-marital affairs, most especially in Florence.

The Birth of a King from Royal Lineage

Born on May 5, 1747, as Peter Leopold Joseph Anton Joachim Pius Gotthard in Vienna, Austria at the Holy Roman Empire, he was the third son of Empress Maria Theresa and Emperor Francis I. His siblings include Marie Antoinette, the Queen of France and the Holy Roman Emperor Joseph II. He first received educations for the priesthood before entering formal education.

Succeeding the Title and Reign as King

Upon the death of his older brother Charles in 1761, Leopold succeeded the title of Grand Duchy of Tuscany, which was previously held by their father. As the Grand Duke of Tuscany, he started the first five years of his reign under the advice and supervision of his counselors, who was appointed by his mother.

He also introduced a new way of taxation, which proved to be a rational system that reduced the rates of taxes. Despite being considered as covetous by some of his subjects and the people, he managed to lead the grand duchy to the material prosperity of high level.

Aside from that, he also welcomed and developed several social and economic reforms. Included in these reforms is the hospitalization of those who are defined as mentally ill, the first to do so in the whole of Europe. He declared this law as “LeggesuiPazzi” which translates to “Law on the Insane” on January 23, 1774.

Following his promulgation of the said law, he established a hospital called Bonifacio Hospital, which took under its wings the caring and for patients who are suffering from mental illnesses. He also addressed the necessary institution for the rehabilitation of juvenile delinquents and the availability for smallpox inoculation for the public.