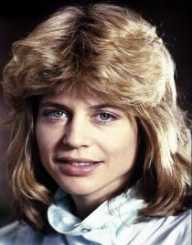 American actress Linda Hamilton was born on the 26 September 1956 in Salisbury, Maryland in the United States.

After high school graduation, Hamilton was a student at Washington College in Chestertown, Maryland. She then relocated to New York City to study acting and had the opportunity to study under Lee Strasberg.

As an aspiring actress, Linda Hamilton had some small television roles before she was offered a part in The Terminator (1984) which was a career breakthrough.

Other roles include the television series Beauty and The Beast (1987) and Terminator 2: Judgment Day (1991).

Linda Hamilton was married to Bruce Abbott between 1982 and 1989. They had one child together, a son Dalton. She then married James Cameron in 1991, and they had a daughter Josephine in 1993 before divorcing in 1999. The divorce was subject to much media attention because of the 50 million dollar settlement.