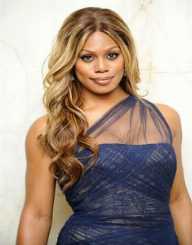 Gloria Cox gave birth to identical twin boys on a May night in Mobile Alabama. Some say it was in 1984 and some say it was in 1972. Only her and her children know the exact date for sure. The consensus though is that it was on May 29th. Gloria raised the boys by herself. Their father was never in their lives. Roderick and M. Lamar were their names.

Roderick always felt different from a young age. He began to develop feelings for the boys in his school, and by third grade, he had talked his mom into letting him take dance classes. Tap and Jazz were what he loved.

Life was not easy for him at all. He was bullied throughout school. Even his teachers were concerned about the path he was on.

They were worried that he would be wearing dresses in New Orleans if he wasn’t given help. It was due to this that he attempted suicide at the age of 11. He failed at this attempt and lived.

Roderick began spending his life as a transgender woman named Laverne as she got older. She began to be very outspoken about the LGBT community becoming an activist.

Laverne went to the Alabama school of fine arts for high school. When she went to collage she spent two years at the Indiana University in Bloomington Indiana studying dance, before finishing her schooling in Marymount Manhattan Collage where she studied acting.

She has appeared in Law & Order SVU, and a couple of reality tv shows. She appeared in the tv show “I want to work for Diddy” and “Transform me.” She was in a show called the “The Mindy Project” and Glam masters.

The Netflix tv series “Orange is the new black” is what she spends most of her tv career to date. Her brother appeared in an episode as the male version of her female character.

Laverne Cox has only appeared in a couple of movies. One movie was“Grandma” with Lilly Tomlin. The other movie was the 2016 sequel of the “Rocky horror picture show: Let's do the time warp again. She played Dr. Frank-n-Furter in this movie.

Laverne Cox currently hosts her column on the Huffington Post. She has also done a couple documentary’s “The T-word” in 2014 and “Free CeCe in 2016. Laverne has become very outspoken for the LGBT community and on Transgender Equality.

This mostly due to her being a Transgender woman herself. She has a single song and video that she has created this year called “Beat for the gods.” In 2014 she appeared in a music video with singer John Legend called “You & I (nobody in the world).

Laverne Cox has also released a video during a human rights campaign in tribute to the victims of the 2016 Orlando gay nightclub shooting. In this video, she told stories of the people who were killed in this incident.

In 2014 Laverne Cox became the first openly transgender person in history to be nominated for an Emmy for outstanding supporting actress in a comedy. Then in May of 2016, she was awarded an honorary doctorate from “The New School” in New York City or her progressive work for the fight for Gender Equality.

Laverne Cox was also nominated in 2017 for a prime-time Emmy for outstanding guest actress in a drama series. This series was “Orange is the new black.”

Laverne Cox began dating Jono Frederick in 2016. Cox continues to be an advocate for Trans and LGBT rights today and has a full career. She had come a long way from that small, bullied child she had faced when she was younger.