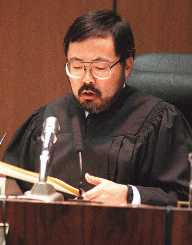 Lance Ito is a retired American Superior Court Judge who shot to limelight after presiding over the murder trial of NFL superstar O. J. Simpson. The entire country was split into two halves over racial grounds regarding the case. The controversial and highly publicized trial finally ended in Simpson getting acquitted.

Lance Allan Ito was born on August 2, 1950, in Los Angeles. Ito enrolled at John Marshall High School and did his Bachelors from the University of California in L.A. In 1975, he earned his Doctor of Jurisprudence professional degree from the University of California in Berkeley. After practicing in private for two years, Ito joined the Los Angeles D.A. office and engrossed himself in a number of crime syndicate cases, mostly related to local gangs.

He was appointed to the Superior Court in 1989 after serving two years in the Municipal Court. Ito’s first major trial was that of the infamous loan scandal involving Charles H. Keating Jr. that rocked the country in the late 80s.

In 1995, Ito presided over the trial of O. J. Simpson. Simpson was charged with a double homicide of his ex-wife Nicole Brown Simpson, and her friend, Ron Goldman. The massively publicized trial, which dragged on for months, had the entire country on tenterhooks. It turned into a media frenzy after Ito concurred to let the trial be broadcast live on television. Simpson, already an icon for the black community, received huge support from them. The hysteria gained more momentum when Ito adjudged Simpson to be innocent and acquitted him on October 3, 1995.

Ito being of a Japanese American heritage seemed a sensible choice to preside over a case that brimmed over with racial sentiments. Ito personally interviewed more than 300 prospective jurors. The jurors finally selected belonged to different ethnicities and race for diversification.

Ito was criticized over a number of things. He ought to have recused himself from the case when it came to public attention that his wife was detective Mark Fuhrman’s former superior officer in the LAPD. Ito’s wife knew about this but kept quiet. Mark Fuhrman’s testimony had a huge bearing on the case. Fuhrman, who was the first to arrive at the murder scene, testified under oath that he never used racial slurs against African-Americans. However, Simpson’s ‘Dream team’ consisting of the shrewd Johnnie Cochran and litigator Robert Shapiro, found multiple tapes of Fuhrman resorting to racist language in the past. The tapes also had Fuhrman denigrating Ito’s wife, with the use of a few nasty remarks.

Ito was requested to step down but the prosecution feared a mistrial and eventually let it go. He also failed to control lawyer Christopher Darden who lost his wits in the middle of the proceedings. Post-Simpson trial Ito chaired more than 500 cases. Although he gained widespread publicity after the trial was over, Ito has refused to comment or give interviews regarding the same.

Ito retired in 2015. He married Margaret Ann York in 1981. She was the LAPD’s first female Deputy Chief. Ito now lives in Pasadena, California. The couple has no children of their own. York had 3 children from her previous marriage.