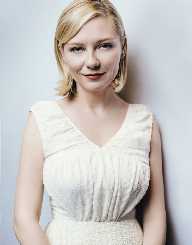 Being a young actress both at heart and age didn’t mean that Kirsten Dunst’s resume was longer than the old aged ones. An introductory sentence directly implies that she is more than the accomplished film actresses. She is a living proof that age is not measurable regarding one’s career and that it is just but a number. Being an academy holder of Fantasy and Horror Films, Science Fiction and Best Actress, Dunst defines her high possibility at its best. She is also a Model for the United States. Kirsten is popularly known for her role as Mary Jane Watson in the ‘Spider-Man 1 to 3. She also makes a great singer.

On April 30, 1982, Kirsten Caroline Dunst was born in Point Pleasant, New Jersey. Her father Klaus Dunst works as a medical service executive. Her mother, Inez is a professional artist. Her childhood name was Kiki as her family used to call her. Kirsten has a brother, Christian who both lived with their mother when Inez separated with her husband.

Kirsten’s career started way back when she commenced with a baby doll commercial. But it was clear that she hated television ads. Even then she stayed alerted knowing that her destiny is yet to come. In 1989, Dunst landed an incredible role in New York Stories. Her character roles started entirely in 1990 in The Bonfire of the Vanities, with Melanie and Bruce Willis. More plays and roles followed Kirsten. Hence she got a chance to expand her potential even to the unknown. In 1993, she appeared in the TV movie Darkness before Dawn.

Kirsten Dunst hated acting as she grew up in her teenage life. She at times argued with her mother for forcing her to choose an ironical career. After fame and popularity had begun to knock on her door, she thanked her mother a million times for her success. At a younger age, Inez made her be known as the right fit when it came to acting. That is why she took her acting talent as a dangerous job.

In 1989, she played Lisa’s daughter in New York Stories. In 1994, Dunst got her most significant break when she was interviewed to star in the Vampire movie. She accepted the role and later received a Golden Globe nominee. From there henceforth, Dunst has proved to earn considerable success. In 2002 Kirstin was on the top list of the New York magazine as the Hottest Persona under 25. In the process; she managed to play two television episodes; Ruby Ridge and Tower of Terror.

In 2012, Kirsten Dunst was seen in ‘Bachelorette,' ‘Upside Down’ and ‘On the Road.' In 2013 she appeared in ‘The Bling Ring’ as well as ‘The Two Faces of January.' When it came to her personal life, Dunst started her dating life in 2002. She met with Jake Gyllenhaal, but they parted ways after two years. Early 2012, she began to date Garret Hedlund, an actor. Besides, Dunst has her production company accompanied by her mother; The Wooden Spoon Production.