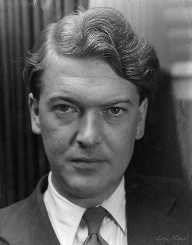 Kingsley Amis was a British novelist and poet who is best known for his comic novels and his work on the James Bond book series.

Amis was born on 16 April 1922 in Clapham, London. His parents were William Robert Amis and Rosa Annie née Lucas. His father worked as a clerk for a mustard manufacturer. A young Amis was able to secure a scholarship to the all-boys independent City of London School. He then obtained a scholarship to study in Oxford University upon his graduation from the City of London School. Amis attended St John’s College in Oxford and studied English. While in University he joined the Communist Party. Amis’ studies were interrupted in 1942 when he was called up for national service. Amis served with the Royal Corps of Signals, a communications combat support corp. He returned to Oxford following the conclusion of World War II. Amis attained the first-class honor in his degree when he graduated in 1947.

Amis began his writing career as a poet. He published several volumes of poetry before turning to novel writing. The first book of poetry released by Amis was Bright November, which was published in 1947. Six more volumes of his poetry would be released during his lifetime. In 1954, Amis released his first novel, Lucky Jim. Lucky Jim is a comedic novel which focuses on a medieval history professor in England. Jim Dixon, the protagonist, comes from outside the intellectual elite of English academia and the novel lampoons the class system that was prevalent in third level education as Jim rails against it. The book was seen by many of as being part of the Angry Young Men movement in British literature. The Angry Young Men were a movement of young working class and middle-class writers in 1950s Britain who were critical of or satirized traditional British society.

Amis’s other novels from the 1950s share these themes. That Uncertain Feeling, published in 1955, satirizes the culture of rural Britain and focuses on the love life of a librarian. I Like it Here, looks at the general xenophobia in Britain to all things continental and foreign. Take A Girl Like You, published in 1960, again deals with issues of sex and relationships in contemporary Britain. 1966 saw a turn in direction for Amis as he released the science fiction novel The Anti-Death League. Amis had begun experimenting with science fiction during his time at Princeton University. Amis continued to experiment with his writing, and his 1969 novel The Green Man was a mystery style work. He also delved into alternative history in his 1976 work The Alteration. Amis’ works were particularly interested in the dystopian and the ineffectiveness of god during this time. A series of essays and criticisms written by Amis were combined into the 1968 book What Ever Happened to Jane Austen? And Other Essays.

Amis also wrote a series of works based on the Ian Fleming creation James Bond. Amis work on Bond was written under a series of pseudonyms. After Fleming’s death in 1964 Amis wrote the next James Bond novel, Colonel Sun, under the name Robert Markham. After 1970 Amis became less prolific in his novel writing but received greater critical praise. Ending Up, Jake’s Thing and TheOld Devils were all nominated for the Man Booker Prize.

Amis’ views varied wildly throughout his life. Early in his student days, he was a member of the Communist Party. He left the party in 1956 but claimed to remain a leftist and a Labour supporter. However, as he got older, Amis grew more and more conservative. He openly supported American policy in Vietnam and argued against government subsidies. Amis also openly criticised anti-Semitism, but his letters are filled with anti-Semitic slurs. Amis was also a heavy drinker and his day would be divided between his writing into the mornings and heavy rounds of drinking in the afternoons and nights. Although he remained disciplined for most of his career, it was noted that the drinking eventually began to become a crutch. His drinking worsened as his personal life deteriorated and eventually undermined his work and health.

Amis was married twice. He married his first wife, Hilary Bardwell, in 1948. Together they had three children, the novelist Martin Amis, Phillip Amis and Sally Amis. Amis was continuously unfaithful to his wife, and the marriage disintegrated in when an affair with Elizabeth Jane Howard was revealed in 1963. Amis then married Howard in 1965. Again he was a serial philanderer, and the marriage ended in divorce in 1983. He was in poor health from his excessive drinking and moved in with his first wife and her husband. Amis lived with Hilary Bardwell and Alastair Boyd until his death. He suffered a stroke in 1995 and died on 22 October 1995.

Amis won the Man Booker Prize in 1986 for The Old Devils. He was knighted in 1990 by Elizabeth II of England.