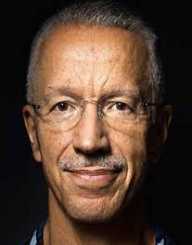 Keith Jarrett is amongst the league of musicians who are considered the wildest and also the most melodic performers when it comes to improvisational jazz performances. Keith Jarrett is not only an American pianist but a great composer as well.

Keith Jarrett came to limelight when he joined Miles Davis for numerous concerts and albums in the late 1960’s. During the 1970’s, Jarrett started performing by leading his group and thereby touring and recording with various styles and people. Since the incorporation of this group, Jarrett has not looked back and achieved every bit of success both as a group leader and as a solo performer in jazz as well. He is well-known for the love he holds for music throughout the country as well as outside the country.

Keith Jarrett was born on 8th of May in the year 1945 in Allentown, Pennsylvania. He was born to father Daniel, who was either French or Scots-Irish descent and mother Irma Jarrett who was of Hungarian descent. His mother recognized his talent and also worked on it to encourage and motivate him during his youth. Jarrett was amongst the eldest son of the five boys in the family.

Keith Jarrett got significant exposure to music during his early childhood. Since the age of 3 only, he started playing piano and was also trained by some local teachers. Jarrett even attended the different programs at the Academy of Music situated in Philadelphia.  Because of his talent, he was also given the scholarship to participate in the Berklee College of Music in Boston. In pursuance of the same, he even got an opportunity to move to France and study under some famous musicians, but he preferred to move to New York to pursue a career in jazz music.

Keith Jarrett's talent got ample opportunities in New York. He got involved in a number of projects and also joined one of the most famous Charles Lloyd Quarter’s band as a pianist touring all over the U.S. and Europe. But it was the decision to lead a group of his own that pushed him to the highest success.

The group included Charlie Haden on bass and Paul Motian on drums and Jarrett himself performing the most notable jazz music of those times. During the same time, he also began touring with one of the most legendary musician Miles Davis that helped him improve on the electric piano.

Keith Jarrett's best performance came when he released his principle solo album by the name of ‘Life between the Exit Signs’ 1968 showcasing his talents on the acoustic piano. This success opened the gates for many more opportunities for Keith. He was being offered some renowned work with ECM records founder, Manfred Eicher. The incredible thing about his performances was his ability to improvise and that too flawlessly which captivated the audience completely.

‘The Koln Concert’ recorded with ECM records is considered to the bestselling piano albums and bestselling solo albums of all times selling more than 3 million copies in the jazz history and all because of the unorthodox style of Keith Jarrett. Jarrett recorded various albums both as a group and solo as well. The decade of 1980’s is marked by Jarrett returning to classical music where he performed solo performances in various concerts and orchestras.

Though Keith Jarrett's career was full of success, there was a time when he didn’t perform after being diagnosed by chronic fatigue syndrome in 1996. The disease did not allow him to move away from his home for an extended time, but Jarrett continued to pursue his passion by releasing albums in the later years with full enthusiasm.

Keith Jarrett is also a recipient of many awards and was also inducted into the Grammy Hall of Fame for his performance in Koln Concert. He even received Polar Music Prize in 2003 and in the year 2004, he received Léonie Sonning Music Prize.

Keith Jarrett was married to Margot Erney with whom he reconnected as she was his high school girlfriend. The couple married in the year 1964 and had two sons from the wedlock, Gabriel and Noah. Unfortunately, the couple split up in 1973 after which Jarret got married to Rose Anne Colavito, and the marriage ended after 30 years in 2008 when they split up.