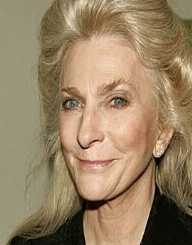 Judy Marjorie Collins popularly known as Judy Blue Eyes is a talented and versatile American singer and songwriter. Born on May 1, 1939, she is known for her varied choice when it comes to the work she does. Collins choice of records revolved around pop music, rock and roll, show tunes, standards and folk music. Aside from music, she is also a strong social activist. After her album debut A Maid of Constant Sorrow, Collins has released several hit singles which have charted in the United States and other European countries.

Judy Collins lead single Both Sides, Now from the Wildflowers album in 1967 gained her prominence internationally. The song written by Joni Mitchell made it to the top 10 on the Billboard Pop Singles chart and subsequently won her the Best Folk Performance at the Grammy. Her recording of Stephen Sondheim’s Send in the Crowns became her biggest ever. Aside from gaining Collins Grammy Award nomination, it charted nonconsecutive 27 weeks on the chart.

Judy Collins was born on May 1, 1939, in Seattle, Washington as the eldest child of five. She spent ten years of her childhood living there before moving to Denver, Colorado with her father after he took a job there in 1949. Collins father, a blind singer and radio disc jockey, had a strong influence in Collins music development. At age 11, Collins contracted polio leading to two months isolation in the hospital.

Judy Collins made a debut public performance at age 13 at the Mozart’s Concerto for Two Pianos with a local orchestra after she had learned to play classical piano with conductor Antonia Brico. She also played at church and with school groups. Collins later dropped her piano lessons as she developed an interest in folk music, a decision Brico was not happy about. Collins interest in folk music kept developing, as she listened to music Woody Guthrie and Pete Seeger as well as traditional songs of the folk revival in 1960, and later learned guitar. After graduating from the Denver High School, she made a debut public appearance as a folk artist. She played at the Michael’s Pub in Boulder, Colorado and the folk club Exodus in Denver.

Judy Collins also performed at outdoor events and campus radio stations and later took her performances to the Greenwich Village, New York. There, she performed at famous venues like the Gerde’s Folk City among others. Collins gained a recording contract with Elektra Records in which was followed with her debut album, A Maid of Constant Sorrow in 1961 when she was 22 years. The album contained several folk songs. She started with performing folks songs by other and graduated to making her renditions of popular songs at the time, including Dylan’sMr Tambourine Man and one of her childhood favorite Pete Seeger’s songs Tum, Tum, Tum. Aside from performing on her own, she took an interest in projecting underground singers by performing with them. Among such beneficial Canadian poet Leonard Cohen who would later become her close pale.

During this time, Judy Collins also recorded songs by other singers, including Ian Tyson, Joni Mitchell, Eric Andersen and Robin Williamson. In 1966, she released In My Life which was much different from her previous album which was dominated by folk songs. This time around, she set into other varieties like songs of Beatles, Leonard Cohen, and Kurt Weill.Collins gained international attention prominence with the release of the album Wildflower in 1967. The album produced by Abramson and arranged by Rifkinfeatured Collin’s own composition Since You’ve Asked and Joni Mitchell’s Both Side, Now which made it to number 8 on the Billboard Hot 100.

She got a Grammy Award nomination, and Mitchell won a Grammy Award. Judy Collins popularity kept increasing and with her slick voice released other albums like Who Know Where the Time Goes in 1968. The album featured backup guitarist Stephen Stills and produced by David Anderle. She also guests starred in an episode of The Muppet Show in January 1978.

Judy Collins got involved in several social activists throughout her career just like other folk singers of her time.She has supported social and political causes and has championed civil and women rights. She took part in numerous protests against the Vietnam War and several others. She was a sympathizer of the Youth International Party and being close to a leader like Abbie Hoffman and Jerry Rubin, took part in a press conference on March 17, 1968, which announced the formation of the party. Collins is currently championing the end of landmines as a representative of UNICEF.

Judy Collins has married twice, first to Peter Taylor in 1958 with whom she had a child, Clark C. Taylor. The couple divorced in 1965.It took her about three decades before entering into her second marriage with designer and activist, Louis Nelson in 1996. The two had been in a relationship since 1979. As a chain smoker, she developed tuberculosis in 1962 and spent six months at the hospital to recover. In an interview with the People’s magazine in 1992, Judy Collins revealed she suffered from bulimia when she quitted smoking in the 1970s.

She also admits getting addicted to alcohol even though she tried other drugs during the 1960’s. She has authored books like the Trust Your Heart, 1987, Amazing Grace, 1991,Sanity and Grace: A Journey of Suicide, Survival and Strength, 2003,The Seven T's: Finding Hope and Healing in the Wake of Tragedy, 2007 and Sweet Judy Blue Eyes: My Life in Music, 2011,

In 2005 Judy Collins was awarded the spirit of Americana andFree Speech Lifetime Achievement Award by the Americana Music Association for her activism and music.The Pratt Institute awarded her Honorary Doctor of Fine Arts Degree in May 2009. In 2017, the Library of Congress selected Collin’s rendition of the song Amazing Grace for preservation in the National Recording Registry as being cultural, historical or artistically significant. She has gained four Grammy nominations.