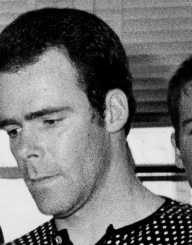 Joseph  Massino was born 10th January 1943, to Anthony and Adeline Massino. He was born in New York City, in the United States. Massino was one of three boys, and he had become a juvenile delinquent by 12 years of age. His family was Neapolitan-American.

Massino attended Grover Cleveland High School, but he dropped out in tenth grade.


Leading A Life Of Crime

Joseph  Massino married Josephine Vitale in 1960. He originally met Vitale in 1956, and he also became close friends with her brother, Salvatore.

Massino committed his first murder in the 1960s, and it was a member of the Bonanno crime family. Philip Rastelli, a caporegime of the Bonanno family was angry with the murder, but not aware that Joseph  Massino had committed it. With the help of an insider, Massino became a protégé of Rastelli. Rastelli gave Joseph  Massino a lunch truck and in return for a portion of the takings, Massino was guaranteed that there would be no competition in the area that he operated in.

By the late 1960s, Massino had entangled himself in the Bonanno crime family and was an associate. His brother-in-law, Vitale, was one of his assistants. He had several business ‘fronts’ which allowed him to carry on his criminal activity without being noticed. One of these was the lunch truck he had, another was a catering company that he opened as he became more prosperous.

In 1973, the boss of the family, Natale Evola, died. Rastelli had been expected to take over the family as its boss, but he had been imprisoned on several different charges. While he wasn’t there, Carmine Galante took control unofficially.

Joseph Massino and Vitale were part of the crew that murdered Vito Borelli in 1975. The murder was significant for Massino, as it showed the Bonanno family that he could be trusted. In 1977, Massino became a full member of the Bonanno family.

He had been arrested in 1975, but the charges were dropped. When he became a full member, he worked in the crew of James Galante. Despite working for Galante, Massino remained loyal to Rastelli. Even though he was in prison, Rastelli was trying to get rid of Galante.

The American Mafia had a governing body called the Commission, and Massino went to them with a request from Rastelli that they be allowed to kill Galante. The Commission approved, and Galante was killed on 12th July 1979. Rastelli took over control of the family, and he promoted Massino to position of capo.

Just behind his catering company, J&J Catering, Massino had a property called J&S Cake Social Club. It was from this location that he ran and organized his crew.

Once Galante was out of the way, Massino started to wrestle for power with Dominick Napolitano, who was also a capo for Rastelli. There was yet another faction in the family being run by capos named Alphonse Indelicato, Dominick Trincera, and Philip Giaccone. Joseph  Massino learned through his informants that the capos were stockpiling weapons and were planning a hit on those in the family that was loyal to Rastelli.

Joseph Massino sought advice outside of the family, and he was advised to act straight away. Massino, Napolitano and GerlandoSciascia, all capos, called for a meeting with the other faction, and the three capos from the other faction were killed at the meeting.

Indelicato’s son vowed there would be revenge, and Napolitano asked one of his men, Donnie Brasco, to kill Indelicato. Little did he know, Brasco was an undercover FBI agent, and his name was Joseph Pistone

Massino was very upset that Napolitano had let the FBI into his team, and Napolitano was killed shortly after.

In November 1981, six of the Bonanno family were indicted on charges of racketeering and conspiracy of the hit on the three capos. In March 1982, Massino received word that he was about to be indicted, and he went into hiding. Later the same month, he was also charged with three murders, and hijacking a truck.

In 1984, while Massino was still in hiding, Rastelli was released from prison. Officially Rastelli was still the family boss, but Massino was seen by many to be the street boss and the one who commanded the soldiers of the family. It was obvious to everyone that Joseph  Massino would take over from Rastelli.

In 1984, Joseph  Massino met with John Pollock who would become his defense attorney. He negotiated his surrender, and he handed himself in on July 7. He was released on $350,000 bail.

Massino was charged with further crimes in 1985. One of his trials took place in 1986, and he was found guilty and handed a ten-year prison term. Rastelli was also convicted. He was very unwell at the time, and Joseph  Massino had been accepted as the official underboss of the Bonanno family.

His next trial was in 1987 with Vitale. While they were convicted on the truck hijacking charges, they were acquitted of the murder charges. They were also unable to be charged on other criminal activity.

Joseph Massino was under pressure to become the boss, but he refused to do so while Rastelli was alive. Rastelli died in June 1991, and a few days later, Massino was proclaimed the boss of the Bonanno family. He was 48 years old.

He was released from prison in 1992, but one of his conditions of release was that he did not associate with any mafioso that had been convicted. Massino promptly promoted Vitale to be his underboss, and he was able to communicate with his men through Vitale.

As the boss, Massino was paranoid about the FBI being able to find evidence. His men were no longer allowed to use his name out loud. Any prospective new members to the family had to be known to the person introducing them for at least eight years, which was to avoid infiltration of the ranks.

There were many other things that Massino did to try and avoid scrutiny by the FBI. He also changed the name from the Bonanno family to the Joseph  Massino family. Those outside the Mafia never took up the name.

Massino did not have good relationships with other family bosses, all due to different reasons. As far as the Bonanno family itself went, their power declined over the years, and they were even taken off the Commission due to the infiltration by Pistone.

When Joseph  Massino took power, by the late 1990s they had become the most powerful crime family not only in New York but in the whole of the country.

Joseph Massino was initially under the radar of the FBI. By 1996 though, the FBI had re-established a task force specifically for the Bonanno family. One by one, Joseph  Massino’s men was put in prison on varying charges.

Massino was in the fortunate position that the Bonanno had been the only Mafia family that had never had any members turn informant. In 2002, however, they started turning, and the evidence again Massino started building.

Massino was arrested in January 2003, along with several of his senior men. He wasn’t allowed bail. Unfortunately for Massino, more of his men turned state witnesses. He had been additionally charged with seven murders.

His trial began in May 2004, and he was found guilty on all 11 charges. Joseph  Massino was expected to get life in prison with no parole. As soon as the verdict was delivered, Massino offered to cooperate with the authorities.

Massino went on to give crucial evidence at upcoming trials, and in June 2013, a request was made by the U.S. Department of Justice to reduce Massino’s sentence. The request was granted, and Massino was released from prison but would be under supervised release for the rest of his life.