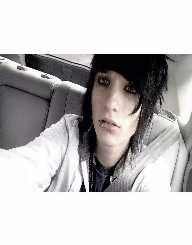 Johnnie Guilbert was born on August 28. 1997 in San Jose, California where he grew up. He has a brother Josh and a sister Margaret. Guilbert is in a relationship with the YouTube star Alex Dorame.

Guilbert began his career as a social media star in 2013 when he uploaded his first video on YouTube. He was inspired by his fellow YouTube star Bryan Odell and created the video “Attacked by Zombies!!!” together with him. Odell, also known as BryanStars creates videos about alternative music and often hosts famous artists.

After releasing his first video, Guilbert continued to collaborate with BryanStars on several videos and quickly began developing a fan base. He currently has close to 1 million subscribers on his YouTube channel. He is even more popular on the picture sharing application Instagram.

In his videos, Guilbert creates skits, challenges and also plays music. He has been suffering from depression since he was nine years old and talks openly about his experiences on his channel. Guilbert was diagnosed with cancer when he was nine, and in 2010, his father died, adding more to his depression.

Guilbert has been a part of the YouTube collaborative channel My Digital Escape along with six other YouTubers. In 2014 and 2015, Guilbert joined Vans Warped on his tour. He also went on a tour with My Digital Escape. Until now, Guilbert has released two EP’s. He plays alternative music. The first EP Not So Perfect consisting of five songs came out in 2015. The following year, he released the EP Lost.